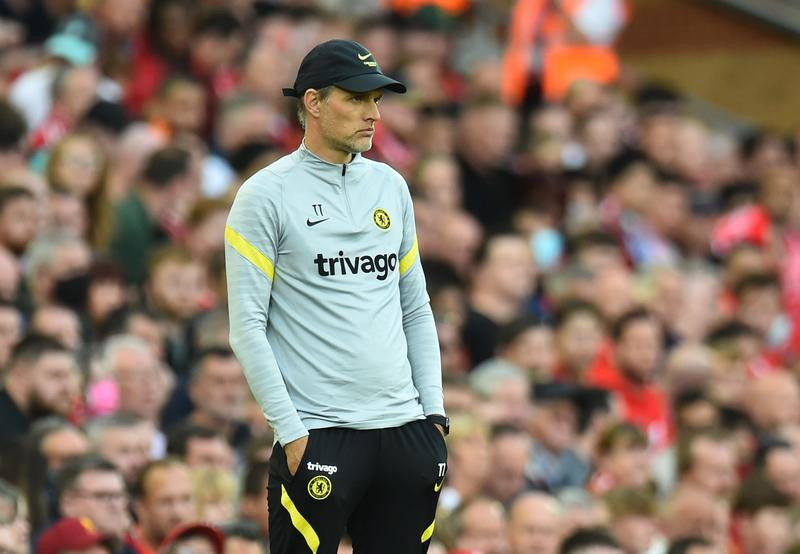 Chelsea manager Thomas Tachel praised his 10-man side for their second-half rear guard action in Saturday’s 1-1 draw at Liverpool in the Premier League.

Chelsea took a 1-0 lead before Race James was sent to the line and Liverpool’s Mohamed Salah equalized with a halftime penalty.

Injury to French international midfielder Anne Golo Kante added to Tochel’s troubles during the break, but the German tactician made a double switch during the break, which helped his team cope with pressure from Jجنrgen Klopp.

Until the penalty spot, Chelsea continued to play with intelligence and creativity after taking the lead through Kai Hewartz.

“Great, I saw a strong first half, a strong Liverpool side. We were very, very good, scored the first goal, had a great chance to score the second goal with Mason Mount.

“But the pressure was high, Liverpool’s quality, energy was high. At some point you have to suffer, that’s what we did and then at the last second (before half time) we accept the penalty and the red card.

At halftime we have to replace the fork due to injury. Suddenly the world is upside down, “he added.

But as Thiago Silva increased his defense, Chelsea took over everything Liverpool threw at him.

“I can’t praise the team enough. I don’t know if a stadium is more difficult for a man to get down than City and Anfield.

“Because of Liverpool’s quality and energy, the first 10 minutes (after the break) it felt like it was never going to end.

“Then, in the next half hour, it happened that maybe we would create an opportunity and score a score and make it difficult for them.

“Hopefully for the last five minutes we will survive and find a suitable place. Our flexibility and teamwork was outstanding.

“With pure will, we took the heat out of the game. It was the team’s best effort.

“James was unfortunately punished and sent away, and Chelsea’s coach was disappointed that the referee was seen judging from a still image,” said Tachel.

“I don’t know what happens and what doesn’t. I was upset that the referee saw a picture and decided it was a red card.

“I like a long check. I can remember the referees who explained that if it’s a defect and it’s not an unnatural arm position, it’s not a penalty.