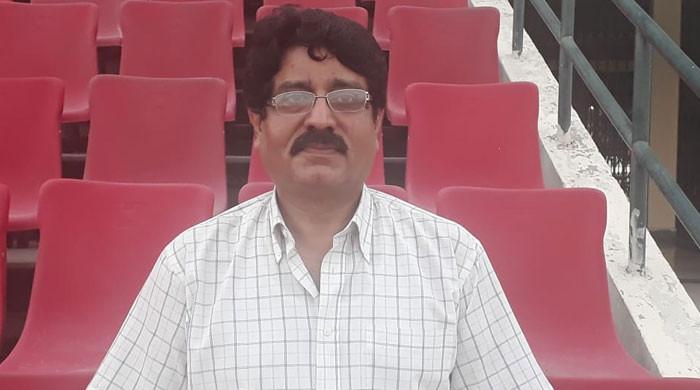 LAHORE: Pakistan’s javelin thrower Arshad Nadeem won the hearts of all with his stellar performance at the Tokyo Olympics 2020 but before the event he decided not to participate in the grand event due to pain in his arm.

Dr. Asad Abbas, who was also part of the Pakistani contingent in sports, said. Geo News. That Arshad Nadeem was having difficulty in throwing birch due to pain in his arm. So he decided to avoid the Tokyo Olympics.

Arshad Nadeem got rid of the pain after starting his physiotherapy, the doctor added, adding that star Julian Throyer later changed his mind when he was fit for the competition.

During the Tokyo Olympics, Nadeem was hesitant to throw a spear for fear of pain. Arshad Nadeem did his best during the competition when he was assured that the pain would not happen again.

Responding to a question, Dr Asad Abbas said that the Indian javelin throwing coach was “nervous during the competition” considering the pain in Nadeem’s arm but he believed that the star actor had the ability to throw more than 90 meters. Keeps

Arshad Nadeem urged the government to provide him with training facilities.

Earlier on August 12, Pakistan’s star athlete Arshad Nadeem urged the government to provide him with proper training facilities so that he could win a medal for the country at the next 2024 Olympic Games.

When Arshad returned home from Japan, he was received at the airport by Punjab Minister for Youth and Sports Rai Timur Khan Bhatti, President of the Athletics Federation of Pakistan, coaches and athletes.