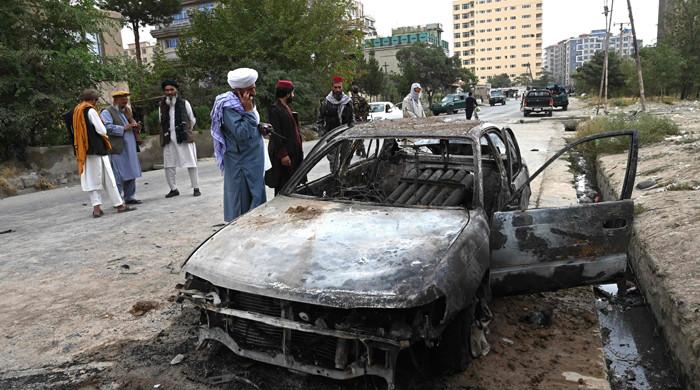 KABUL: The Islamic State group claimed responsibility for Monday’s rocket attack on Kabul airport as US troops raced to complete the withdrawal from Afghanistan and evacuate allies under threat of further violence.

President Joe Biden has set a Tuesday deadline for the withdrawal of all US troops from Afghanistan, drawing attention to his nation’s longest-running military conflict, which began in response to the 9/11 attacks.

The return of the Taliban, which was overthrown in 2001 but came to power a fortnight ago, began the evacuation of frightened people on US-led evacuation flights.

The flights, which have evacuated more than 122,000 people from Kabul airport, will officially end on Tuesday when the last withdrawal of thousands of US troops takes place.

US forces are now focused on getting themselves and US diplomats out safely.

The regional ISIS group, a rival of the Taliban, is the biggest threat to evacuation following a suicide bombing outside the airport last weekend that killed more than 100 people, including 13 US soldiers.

Then on Monday, they claimed to have fired six rockets at the airport. The attack was stopped by the airport’s missile defense system, a Taliban official said.

The United States, meanwhile, said it had carried out an airstrike on a car bomb prepared for ISIS in Kabul on Sunday night.

The White House confirmed that the airport had been hit by a rocket, but said there were “uninterrupted” airlift operations.

“The president has reaffirmed his commitment that commanders redouble their efforts to prioritize whatever is necessary to protect our forces on the ground,” the White House said in a statement.

An AFP photographer has taken pictures of a wrecked car with a launcher system that is still visible in the back seat.

A Taliban official at the scene said he believed five rockets had been fired.

A suspected U.S. drone strike targeted the car, about two kilometers (1.2 miles) from the airport.

Although there were no reports of casualties or damage to the airport from the rocket attacks, they caused more distress to locals who have already been affected by years of war.

“Because the Americans have taken control of the airport, we can’t sleep well,” Abdullah, who lives near the airport and gave only one name, told AFP.

“It’s either the sounds of gunfire, rockets, sirens or big planes that bother us. And now that they’re being directly targeted, it could endanger our lives.”

However, it may have killed civilians as well.

“We are aware of reports of civilian casualties following a car bomb attack in Kabul today,” said Capt. Bill Urban, a spokesman for US Central Command.

“We would be very saddened by any possible loss of innocent lives.”

In recent years, the regional ISIS chapter has been responsible for some of the deadliest attacks in these countries.

Last week’s suicide bombing at the airport caused the worst casualties for US troops in Afghanistan in 2011.

The IS threat has forced the US military and the Taliban to co-operate in ensuring security at the airport, which is unimaginable.

The Taliban have already begun occupying areas vacated by US forces.

The Taliban have promised a softer brand of rule than in their first term, which was overturned by the US military because the group harbored al-Qaeda.

But many Afghans fear the Taliban’s brutal interpretation of Islamic law, as well as violent retaliation for working with foreign militants, Western missions or the former US-backed government.

Western allies have warned that thousands of endangered Afghans have not been able to board evacuation flights.