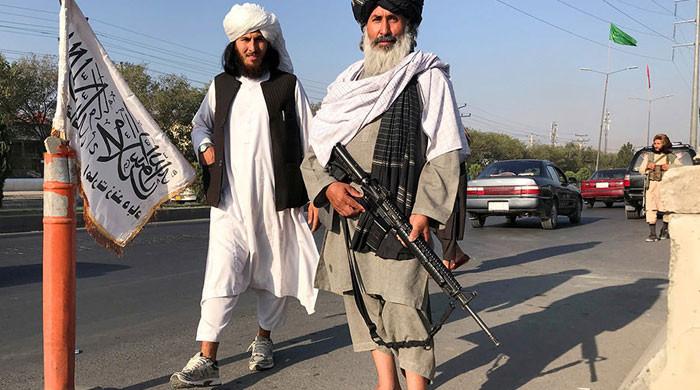 KABUL: Two weeks after the Taliban took control of Kabul, the final US troops withdrew from Afghanistan shortly after midnight on Tuesday morning, officially ending a two-decade occupation of the country.

This is a significant development since the Taliban, who were ousted from Kabul in 2001, returned to power.

On August 15, after a lightning strike in May, when US and NATO troops began withdrawing their final troops, Taliban fighters seized the capital.

In the space of 10 days before that, they had captured a string of cities, which had little or no resistance in an amazing route.

The officers run away. Former President Ashraf Ghani fled Abu Dhabi, later saying he fled to avoid a “flood of bloodshed”. He acknowledges that “the Taliban have won.”

Taliban fighters have been filmed at the presidential palace.

In the days that followed, tens of thousands of frightened Afghans and foreigners rushed to Kabul airport to escape the Taliban government.

The UN Security Council says the country should not become a breeding ground for terrorism.

Under increasing criticism, President Joe Biden insisted he had no regrets, stressing that US troops could not defend a nation whose leaders “fled in defeat.”

China has become the first country to say it is ready to deepen “friendly and cooperative” relations with the Taliban.

He later accused Washington of “leaving a terrible mess.”

Russian President Vladimir Putin has called on the international community to stop “ending” Afghanistan after the Taliban took over.

The Taliban told government employees to resume their duties “without fear.”

In his first news conference since taking power, Taliban spokesman Zabihullah Mujahid said he would allow women to work in accordance with Islamic principles.

Some girls are returning to school in Herat.

Taliban founder Mullah Abdul Ghani Baradar returned to Afghanistan from Doha, and within hours the group said it would be “different” this time.

She says she will forgive her enemies, and promises that women will not have to wear all kinds of burqas.

Karim Khan, chief prosecutor at the International Criminal Court, says crimes reported during the Taliban’s advance could amount to violations of international law.

US President Joe Biden has called the emergency evacuation from Kabul airport the most “difficult” plane ever.

Pressure is mounting on Biden to extend the August 31 deadline to complete the rescue mission.

Borrell of the European Union says it is mathematically impossible for the United States and its allies to evacuate thousands of Afghan personnel with their families.

Conditions are deteriorating, with large crowds gathering and begging inside the airport.

The Taliban blamed the United States, which controls the airport, for the dramatic scenes.

Elsewhere, in the Panjshir Valley north of Kabul, a mix of anti-Taliban militia fighters and former Afghan security forces is a key holdout.

He says he is ready for a “long-term conflict” but is also working to negotiate a comprehensive government with the Taliban.

The Taliban has warned that any extension of the August 31 deadline would be a “red line”, but said Afghans with valid visas would be allowed to leave after the reopening of airport commercial flights.

Biden announced on August 24 that he was up to date after talks with G7 counterparts.

On August 26, following a terrorist threat warning, a suicide bomber blew himself up outside Kabul Airport – killing more than 100 people, including 13 U.S. soldiers.

The Taliban announced on Sunday that their supreme leader, Hebatullah Akhundzada, would hold his first public exhibition “soon”.

On the same day, the United States says it carried out an airstrike on an ISIS-made car bomb in Kabul. It was later revealed that he may have hit a wrong target, killing 10 civilians, including six children.

On Monday, when the United States ended its withdrawal, several rockets were fired at the airport, but the Taliban say they were intercepted by a missile defense system.

Celebration shots rang out in Kabul in early August 31, when the Taliban and the United States confirmed that US troops had withdrawn from Afghanistan.

Taliban chief spokesman Zabihullah Mujahid said in a tweet, “Tonight at 12 o’clock Afghan time, the rest of the US troops left Kabul airport and our country gained complete independence.”

“All praise is due to Allah.”