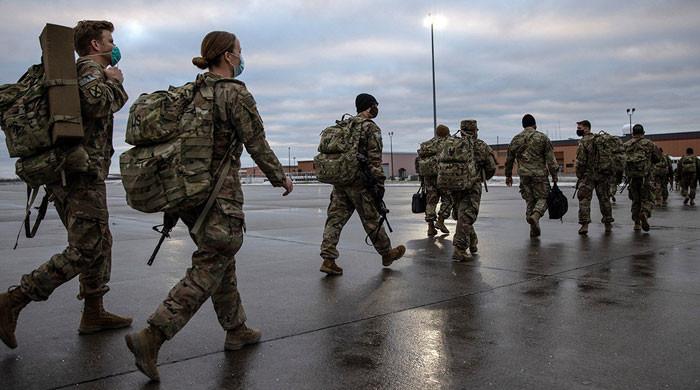 KABUL: The U.S. military has announced that it has completed its withdrawal from Afghanistan after a brutal 20-year war that has cost the militant Islamist Taliban billions of dollars despite efforts to rebuild the country. Started and ended with

Celebration shots were fired in Kabul early Tuesday to mark the moment that followed the last day of the expulsion of tens of thousands of Americans and Afghans who had helped the US-led war effort. A suicide bomber killed several Afghan and 13 American soldiers last week.

The attack, claimed by the Islamic State’s Afghan Shot, intensified in the last days of US-led efforts to allow those fleeing Taliban rule to leave the country.

The evacuation took place before the end of August 31, the deadline set by President Joe Biden to set the time for America’s longest war.

“I’m here to announce the completion of my withdrawal from Afghanistan and the end of the military mission to evacuate American citizens,” U.S. Gen. Kenneth McKenzie told reporters Monday.

He said the last flight departed on Monday 1929 GMT – in Kabul before the start of Tuesday.

The Taliban movement’s return to power a fortnight ago, which was overthrown in 2001 when the United States invaded in response to the 9/11 attacks, began to displace large numbers of people who feared a new version of a hardline Islamic government. ۔

According to Mackenzie, evacuation flights have evacuated more than 123,000 people from Kabul airport.

The regional Islamic State Khurasan (IS-K) group, a rival of the Taliban, posed the greatest threat of evacuation after a suicide bombing outside the airport last week that killed more than 100 people, including 13 US soldiers. Were .

On Monday, he claimed to have fired six rockets at the airport. The attack was stopped by the airport’s missile defense system, a Taliban official said.

Before the US withdrawal was confirmed, the UN Security Council passed a resolution calling on the Taliban to respect its commitment to allow people to leave Afghanistan freely in the coming days. United and other aid agencies will have access to the “Safe Zone” in Kabul

On Monday, the White House confirmed that the evacuation attempt was targeted by a rocket attack on the airport, but said there were “uninterrupted” airlift operations.

An AFP photographer saw a wrecked car with a launcher system still visible in the back seat.

Although there were no immediate reports of casualties or damage to the airport from the IS-K rocket salvo, they did cause much distress to locals as they had already been traumatized for years.

“Because the Americans have taken control of the airport, we can’t sleep well,” Abdullah, who lives near the airport and gave only one name, told AFP.

“It’s either gunshots, rockets, sirens or the sounds of big planes that bother us. And now that they’re being directly targeted, it could endanger our lives.”

An AFP reporter in Kabul said there was an overhead noise throughout the day on Monday, with planes taking off and landing as well as jets providing surveillance and protection.

The United States said Sunday it had carried out a drone strike on a vehicle threatening Kabul airport linked to the regional Islamic State chapter – its second target in recent days.

One family member told AFP they believed a fatal mistake had been made, and that 10 civilians had been killed.

“My brother and his four children were killed. I lost my youngest daughter … nieces and nephews,” Ahmadi told AFP.

“We are aware of reports of civilian casualties following a car bomb attack in Kabul today,” Capt. Bill Urban, a spokesman for US Central Command, said in a statement.

“We would be very saddened by any possible loss of innocent lives.”

In recent years, the Islamic State’s Afghanistan-Pakistan chapter has been responsible for some of the deadliest attacks in those countries.

Although both the Islamic State and the Taliban are hardline Sunni Islamists, they are sometimes fierce enemies – each claiming to be the true flag bearer of jihad.

Last week’s suicide bombing at the airport was one of the deadliest civilian bombings in Kabul in recent years, and the worst one-day death for US troops in Afghanistan since 2011.

The IS threat has forced the US military and the Taliban to co-operate in ensuring security at the airport, which is unimaginable.

The Taliban have promised a softer brand of rule than in their first term, which was overturned by the US military because the group harbored al-Qaeda.

But many Afghans fear the Taliban’s brutal interpretation of Islamic law, as well as violent retaliation for working with foreign militants, Western missions or the former US-backed government.