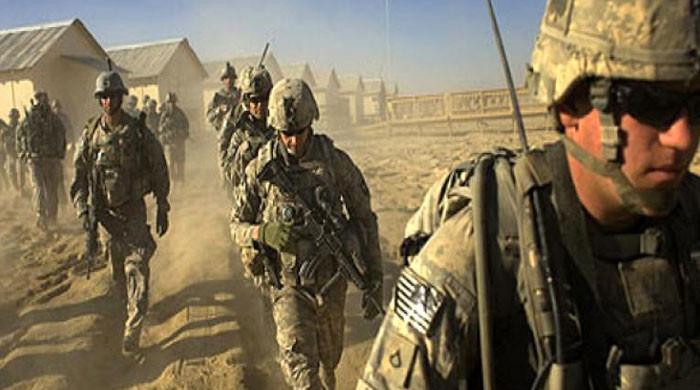 KABUL: As a result of the September 11 attacks by al Qaeda, the United States invaded Afghanistan and its Taliban government in 2001, seeking refuge in the country.

After 20 years of war, the last US troops in the US-led NATO alliance flew out of Afghanistan shortly after midnight on Tuesday morning.

Here is the timeline of the major events:

On October 7, 2001 – less than a month after the September 11 attacks that killed nearly 3,000 people in the United States – President George W. Bush launched “Operation Enduring Freedom” in Afghanistan.

The ruling Taliban were harboring Osama bin Laden and his al-Qaeda movement, which carried out the 9/11 attacks.

The operation opened a military front in the US “war on terror” and within weeks, US-led forces overthrew the Taliban, who have been in power since 1996.

Under the shadow of Iraq

US attention was diverted from Afghanistan when US forces invaded Iraq in March 2003 to oust dictator Saddam Hussein.

The scattered Taliban and other organizations regroup in their strongholds in southern and eastern Afghanistan, from where they travel between their bases in neighboring Pakistan’s tribal areas and start insurgency.

In 2008, US command in Afghanistan called for more manpower.

Bush sent additional troops, bringing the total number of US troops to 48,500.

In 2009, Barack Obama – the president-elect after a campaign that promised to end the wars in Iraq and Afghanistan – increased the US presence to about 68,000. In December, it sends another 30,000 troops.

The goal is to quell the growing Taliban insurgency and strengthen Afghan institutions.

Osama bin Laden was killed on May 2, 2011 in a US special forces operation in Pakistan.

The NATO alliance is ending its combat mission in Afghanistan in 2014, but about 12,500 foreign troops – 9,800 of them Americans – remain to train Afghan troops and conduct counterterrorism operations.

Amid growing Taliban insurgency, security in the country is deteriorating and in 2015 a branch of the Islamic State (IS) group became active.

President Donald Trump scrapped a timetable for a US withdrawal, and in August 2017 sent thousands more troops.

In 2018, representatives of Washington and the Taliban held clever open talks in Doha aimed at reducing the influence of US troops in Afghanistan.

In return, Washington demands that the Taliban stop using the country as a haven for jihadist groups.

On February 29, 2020, the United States and the Taliban signed a landmark agreement that would pave the way for the withdrawal of all foreign troops from Afghanistan by May 2021.

The insurgents offer some security guarantees in return, and agree to negotiate peace with the Afghan government.

It starts in September, but the violence escalates and the Taliban are blamed for a wave of targeted killings against high-profile activists, politicians, journalists and working women.

By the end of Trump’s presidency in January 2021, the number of troops had fallen to 2,500 in support of military action.

At the end of April, NATO began a simultaneous withdrawal from its 9,600-strong mission.

President Joe Biden says he will stick to the agreement with the Taliban, but has postponed the draw until September 11.

Authorities announced the withdrawal of all US and NATO troops from Bagram, Afghanistan’s largest airbase, on June 2.

Biden said on July 8 that the US retreat would end on August 31.

The next day, the Taliban claimed control of 85 percent of Afghan territory, a claim the government has disputed.

On August 15, the Taliban entered Kabul, arriving at the airport in desperation to board thousands of Afghan and foreign evacuation flights.

More than 123,000 people have been evacuated from Kabul.

Just hours before the August 31 deadline, the last of thousands of U.S. troops flew.