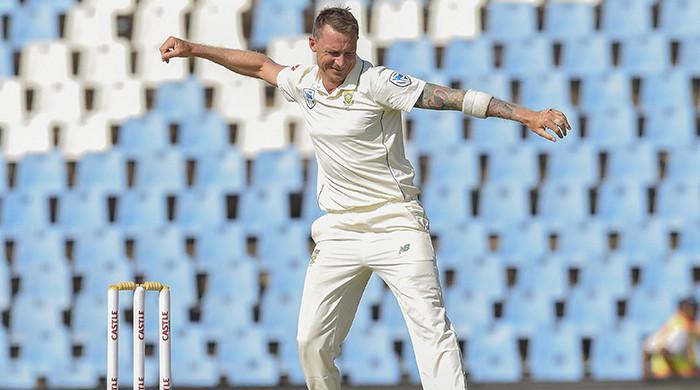 JOHANNESBURG: South Africa’s Dale Steyn on Tuesday announced his retirement from all forms of cricket, covering a 20-year career in which he became the highest wicket-taker in Tests.

Stan, 38, announced on social media that he was “bitter but grateful.”

“Thanks to everyone from family to teammates, from journalists to fans, it’s been an incredible journey together,” he added.

Stein took 439 wickets in 93 Test matches before announcing his retirement from the five-day format in 2019.

He said at the time that he wanted to continue playing whiteball international cricket and was selected for the 2019 Cricket World Cup in England.

But he withdrew from the tournament due to a shoulder injury and failed to add 196 ODI wickets.

He played in the T20 International Series against Australia in February 2020 and was expected to play in the T20 World Cup later this year before it was postponed due to Covid 19. He took 64 wickets in the short format.

He has not played cricket since March this year when he played the last three matches for the Quetta Gladiators in the Pakistan Super League in Karachi.

He spent six years as the number one bowler in Test cricket according to the International Cricket Council’s rankings.

Undoubtedly, his greatest performance was when he scored his highest Test score of 76 and took ten wickets for 154 runs as South Africa beat Australia in Melbourne in 2008/08 to win their first series in Australia. Lee

England’s James Anderson called Stein “the best”, while Australia’s Pat Cummins wrote that Stein had set the standard for “fast bowlers” for 20 years.