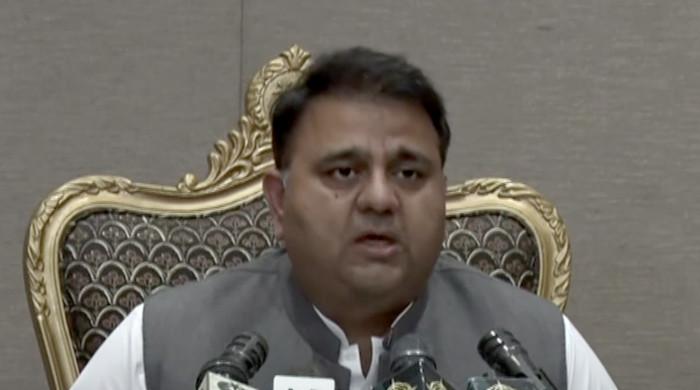 ISLAMABAD: Special Assistant to the Prime Minister for Health Dr Faisal Sultan will discuss Pakistan’s corona virus testing mechanism with the UK’s chief medical scientist this week, as Pakistan looks to get off the UK travel red list.

This was announced by Information and Broadcasting Minister Fawad Chaudhry during a media briefing at a post-cabinet meeting on Tuesday.

Chaudhry said that Prime Minister Imran Khan had spoken to his British counterpart Boris Johnson, who believed that there should be a discussion on testing mechanisms in Pakistan.

The Information Minister said that we are doing our best to get Pakistan off the UK red list, as it affects many Pakistani families.

Despite the diplomatic aggression of several senior government officials, Pakistan has been kept on the red list in the latest review of the travel ban.

The British government says it has decided to put Pakistan on the red list of travel bans because a letter written by the British Minister of Health revealed that the actual number of COVID-19 cases was reported across the country. Much more than

Presence of US troops in Pakistan

The information minister said he hoped peace would prevail in Afghanistan, with the last US troops leaving the Taliban in charge just hours after leaving the war-torn country.

The Taliban celebrated their full return on Tuesday and opened fire. The longest-running US military dispute ended Monday night when its forces left Kabul airport, where it monitored a hijacked plane carrying more than 123,000 people under Taliban control. They left life and ran away.

Taliban fighters then quickly entered the airport and dropped their weapons into the city, a surprise comeback after the 2001 attack on US forces and their support for al-Qaeda.

The Information Minister, meanwhile, called for an end to the “tragic stories” of the Afghan people, as he had promised on behalf of Pakistan that he would do everything possible to bring relief to them.

Talking about the evacuation, he said that 10,302 people belonging to the North Atlantic Treaty Organization (NATO) had been brought to Pakistan and 9,032 of them had left for their respective countries.

The Information Minister said that 1,229 people from Afghanistan are present in Pakistan and they will leave within a day or two.

The Information Minister added that out of 155 deported from the United States, only 42 are still in Pakistan.

Ten thousand people have reached Pakistan through Chaman border, the information minister added that all US troops will leave Pakistan soon.

“Pakistan will. [continue to] Help those who want to leave Afghanistan.

The Information Minister said that the Federal Cabinet wants to make Coved 19 booster shot, which is currently priced at Rs. 1270, free for the workers.

The cabinet has decided to introduce phased vaccination to people aged 17 and under, praising the National Command and Control Center. ۔

Chaudhry said that Dr. Ishrat Hussain, Advisor to the Prime Minister on Institutional Reforms and Austerity, has decided to resign from his post due to personal reasons.

The former adviser has been part of the cabinet since August 2018 as a federal minister and has set up an Institutional Reform Cell (IRC) in the Prime Minister’s Office.

‘Opposition will make a deal with Satan’

Moving on to local political issues, the Information Minister said the opposition would make a deal with the devil if it had to, as it had criticized the Pakistan Democratic Movement (PDM) and the PPP.

After the PDM was rejected, the Information Minister reiterated that the government was ready to talk to the opposition about electoral reforms.

“We want to talk to the opposition about electoral reform, but they are not interested. […] The opposition only wants to criticize. [the government]Chaudhry said.