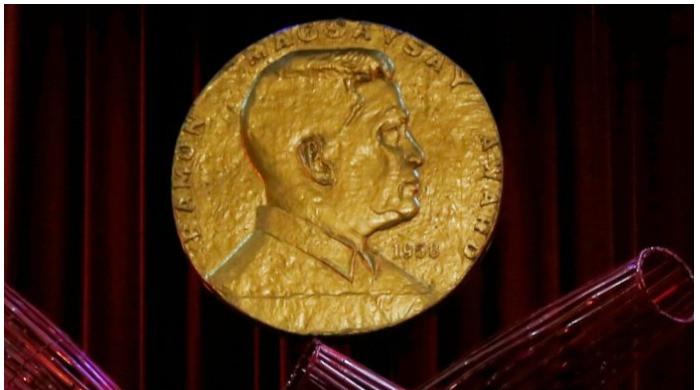 Saqib Ramon Magsaysay was one of five recipients of the award – named after a Philippine president killed in a plane crash – for his “lifelong commitment to the scientific profession” and his “tireless contribution to vaccine development.” ” of the.

In addition, a Bangladeshi scientist and a Filipino fisherman were among Tuesday’s winners, the equivalent of the Nobel Prize in Asia.

The Rayman Magsaysay Award was established in 1957 to honor individuals and groups dealing with development issues.

It was practically held this year when the event was canceled in 2020 due to the corona virus epidemic.

Pakistani development activist Saqib developed the “first of its kind” interest and unsecured microfinance program, Brotherhood, which has helped millions of poor families.

The Awards Foundation said that almost two decades after its inception, the fraternity has become the country’s largest microfinance institution, with a distribution of 900 900 million and a proud 100 percent debt repayment rate. What is it.

Saqib, who uses places of worship to pay, was cited for his inspiring belief that human well-being and solidarity will find ways to end poverty.

Ferdowsi Qadri, 70, of Bangladesh, who helped develop a cheap oral vaccine against cholera, was also the winner of the 2021 Ramon Magsaysay Award.

Working at the International Center for Diarrheal Diseases Research in Dhaka, Bangladesh, Qadri played a “key role” in developing more affordable vaccines to fight cholera and typhoid, the Manila-based Awards Foundation said in a statement. What

Qadri has also been cited in recent years for his key role in large-scale vaccination efforts in Rohingya refugee camps in Bangladesh’s southeastern district of Cox’s Bazar, which has stemmed the cholera epidemic.

The disease causes severe diarrhea and is spread through contaminated food and water.

Qadri was also credited for his efforts to enhance Bangladesh’s scientific research capacity.

In a video message shared by the foundation, Qadri said, “I am overwhelmed, very happy and even helpless.”

Another winner was Filipino fisherman Roberto Ballen, 53, who was recognized on the southern island of Mindanao for “helping to revive the dying fishing industry”.

With government backing, Balin and other small-scale fishermen replanted 500 hectares (1,235 acres) of mangrove forests by 2015, raising their fishing and living standards.

“What was once a frustrating desert is now a vast expanse of healthy mangrove forests rich in marine and terrestrial life,” the Awards Foundation noted.

Steven Mansi, founder of Community and Family Services International, an NGO based in the Philippines, has been recognized for helping refugees, disaster victims and bringing veterans back to school in Asia.

Watch Dock, an Indonesian documentary company that focuses on human rights, social justice and the environment, has also been recognized for its “extremely principled crusade for an independent media organization.”