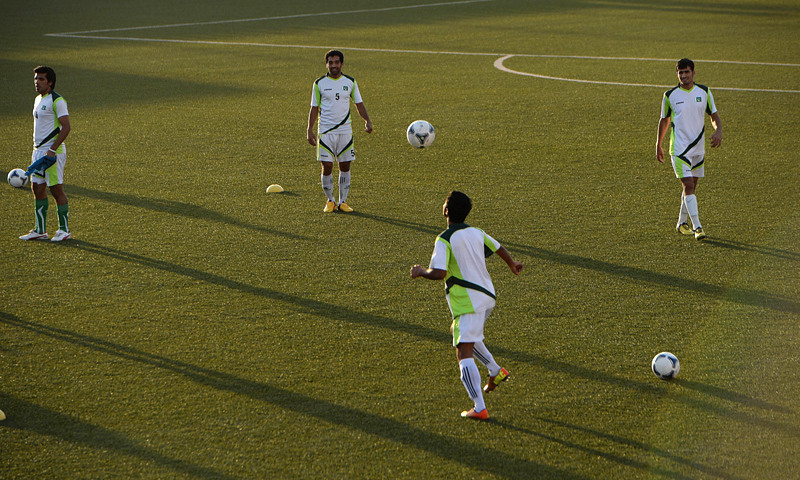 Pakistan football is more controversial and less organized and the most troubled are the players, who are now looking to local tournaments to save the day.

Hopes are fading for the Pakistan Football Federation (PFF), which was being run by a normalization committee appointed by FIFA before the setup was disrupted by the Syed Ashfaq Hussain Shah Group. Ashfaq and his associates were elected to the PFF in December 2010 by a Supreme Court order, and then forcibly took over the headquarters, claiming to be the right people. And now the group has a 15-year contract with Global Soccer Ventures (GSV).

The project is being run by Zabe Khan, who has gained considerable experience in Pakistan football and has contributed to Electric’s impressive pre-2015 success in the Pakistan Premier Football League.

The PFF has seen the worst times since 2015 when nothing special happened on the field for the players due to political drama.

The women’s team has not played an international event since 2014, while the men’s team has played some tournaments since 2018, including the South Asian Football Federation Cup and the 2019 FIFA World Cup qualifiers. In September 2019, free and fair elections will be held from the district to the provincial level and then to the PFF Congress.

However, Shah’s group, which initially welcomed the NC leadership, returned to claim their rights during the National Women’s Championship in March last year. He said he did not trust the NC appointed by FIFA because he had his own personal interests. According to Shah and Shrik, NC chief Haroon Malik was anxious for his franchise league.

However, Pakistan never had a professional league structure. The PFF has never changed the setup from a departmental system to a proper league.

“My passion is for the players. I have given more than 14 years of my life to football and I have seen their pain and suffering. I have seen the destruction of football because it was run by men who were fit. There was no hint about the ball. My encouragement is to see Pakistani players one day progress in Europe. The real stakeholders of football are the players, referees and coaches, who are tied to the straw to run football. Our only goal is to give them a platform and revive the first domestic football fever.

Criticism remains that the franchise league is not the answer, but Khan thinks his brainchild – the Pakistan Premier League – is probably the answer. A dream he says he has been pursuing for years and he thinks it could change the pace of Pakistani football and footballers.

Khan, along with PPL’s ​​marketing, has brought Mike Fernan, former managing director of Manchester United FC, to the board and PPL has promised to build infrastructure. He promises to send players abroad to play in the league as well as build communities.

The question is how such a league can develop in a country that is already banned by FIFA and can only be lifted if the NC takes control. Meanwhile, Khan has struck a deal with Afshak’s group, which makes the whole affair difficult.

Khan thinks the PPL will grow regardless of the fact that the country’s football has already reached rock bottom.

“Football has no limits. My senior leadership has confidence in Pakistan. I believe in Pakistan and the international stakeholders and clubs with whom we are working have confidence in our professionalism. There are no barriers. Obstacles will be created by those who have failed to stop us and they do not provide what we can. Our players will play in Pakistan with active players from all over the world. The PFL is designed to give our players the opportunity they have never had in the last 60 years.

Khan is worried about the PFF. “I have no comment on the PFF. They are a public body and we are the private sector. We will support whatever is in favor of Pakistan and given to them.” The current group has been recognized by the Supreme Court of Pakistan, so we have no problem working with anyone, but above all, we are working for football. Is an independent private group that wants to change the domestic football scene by investing in the right places for football.

Khan said he has been cultivating the idea for the PPL for more than five years and now his vision is to elevate the game and the players through system and change.

The PPL is sold as a city-based league and Khan said the format would generate interest and identify talented players as well as meet the need for good competition.

“Yes, it’s all about city-based hostility. Football needs fans, stadiums and cash. We’re sewing it all for Pakistan. There are many cities in Pakistan that are for football. There are about 600 clubs in Karachi alone and football is played in every city of Pakistan. But we are trying to use the potential of football in every city as soon as the first season of this league starts.

Khan said the technical study groups would study the players and their progress, as well as use data-driven analysis.

But the idea of ​​a franchise league has been circulating in Pakistan for a long time, especially in many forms of the Indian Super League, which has proved to be a poor format for players and more beneficial for already rich investors.

Khan does not see the PPL in that light. Defending the stalemate after a point, he said: “As the league progresses, we will add teams. This model has been successful in the United States, Australia and India.

He added that he was receiving team ownership applications in PPL from various quarters. “I am completely overwhelmed by the requests. I wish I had more than six teams floating. There are also groups from within Canada, the United Kingdom, the United States, the United Arab Emirates and Pakistan.