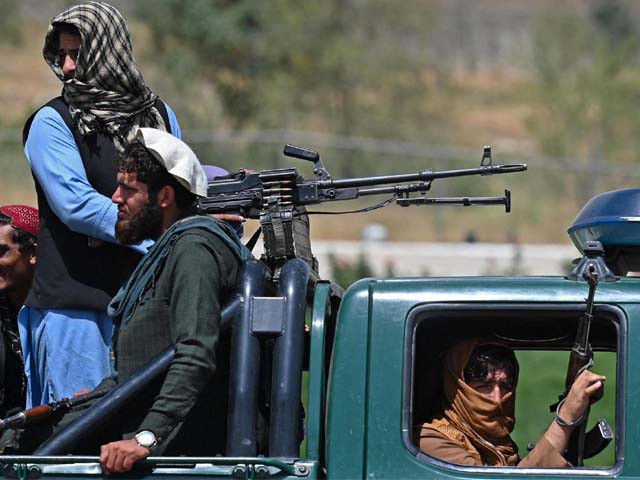 However, China, Russia and others are more interested in rebuilding Afghanistan than the United States.

The United States is concerned about the growing capabilities of the ISIS terrorist group following last week’s attack on Kabul Airport. Since then, it has launched two separate strikes against its members, the first against some of the alleged organizers of the attack and the second in central Kabul, targeting a terrorist who allegedly But another suicide attack was going on at the airport. The second strike reportedly killed nine members of the same family.

Taliban spokesman Zabihullah Mujahid told China’s CGTN on Monday that the attacks were “illegal” and “arbitrary”, instead suggesting that “the United States should be notified.” “Instead of carrying out an arbitrary attack that resulted in civilian casualties.” This is also a wise suggestion, as US President Joe Biden told Americans last Thursday that ISIS-Taliban is “a fierce enemy of the Taliban” and that his country even transferred the Taliban to Kabul airport with American names. So they can move their checkpoints.

The US leader had earlier made it clear in his speech that he did not trust the Taliban but was relying on their “interests” to ensure that “before ISIS. Not on the number. And second, it’s in their best interest to be able to get to the target on time. This is a true reflection of the recent US-Taliban relationship, but it makes one wonder why Biden did not want to hand over the latest operations against ISIS in his country to the Taliban.

At least at this critical juncture, in the immediate aftermath of last week’s terrorist attack, it seems that the United States wants to show its people that when it comes to retaliation against ISIS, they From the front. However, Biden also told the American people during his speech on Thursday that “we will respond with strength and accuracy in our time, our chosen place and the moment of our choice.” Therefore, he could not rely on the Taliban for this before the withdrawal ended without inciting another scandal.

Looking ahead, however, Russia’s special presidential envoy to Afghanistan, Zamir Kabulov, warned the press on Monday that further US attacks in Afghanistan should not be ruled out. He did not say so directly, but it could be interpreted as an attempt to show that the United States could use ISIS-K as an excuse to carry out more attacks there, perhaps next year. Raises Biden’s approval rating before mid-term, diverting attention from his disastrous return. This scenario can be unpredictable.

In terms of the bigger picture, it would be better for the United States to share its intelligence on ISIS with the Taliban. Of course, there are vested interests in domestic soft power in softening its counter-terrorism capabilities in Afghanistan after the US withdrawal, especially those related to improving Biden’s own popularity at home, but for the better. That they respect the real leadership of the Taliban in Afghanistan. There is no hope for a meaningful relationship between these hateful enemies.

The Taliban do not want any problems with the United States after leaving Afghanistan. In fact, it would be preferable for the United States to rebuild the country as a form of reconstruction. Washington is interested in doing so because it hopes the February agreement with its three “new quad” partners to build the Pakistan-Afghanistan-Uzbekistan (PAKAFUZ) railway will then expand the region’s economic influence. Will help reshape. Handing over Afghanistan to the Central Asian Republic

For that to happen, however, the United States must first recognize the Taliban-led government in Afghanistan. This has not yet happened for two main reasons. Firstly, it is very sensitive to an issue immediately after the catastrophic withdrawal of the United States, and secondly, it calls for the Taliban to end its ties with international terrorist groups and form a comprehensive government. Expect to use it as an incentive to keep your first promises. Respect the rights of minorities and women.

If the United States continues to bomb ISIS, however, it will be more difficult for the Taliban to agree to a formal bilateral relationship. The group will see its claim to power as a slap in the face, especially after its latest statement. It cannot be seen as desperate to establish a formal relationship with the United States, nor does it need to do so in any way. The Taliban hope to receive much-needed economic, financial and investment aid from China, Russia and others that could potentially offset US aid.

Still, it is in everyone’s best interest for the United States and the Taliban to enjoy a practical relationship at some point in the future, focusing on their common security and development interests. Failure to do so could dangerously lead to a scenario in which the United States continues to bomb Afghanistan under the guise of ISIS, but “accidentally” targets Chinese, Russian or other investments. These are countries that rely more on their new partner’s contacts and mineral prospects than the United States, which can wait indefinitely for the use of PAKAFUZ.

However, China, Russia and others are more interested in rebuilding Afghanistan than the United States. The United States may, on its own terms, stop bombing ISIS-K, not the Taliban, whatever it may eventually do. According to speculation, these could include preferential reconstruction and mineral extraction agreements for their companies to take advantage of their Chinese, Russian and other rivals. Only then can the United States hand over its anti-ISIS operations to the Taliban.

The only possible scenario described above is that if China, Russia, and / or other Taliban are branded as terrorists under their current names, they will be recognized as the legal authorities of Afghanistan before and after the United States. Provide the country with anti-aircraft capabilities to prevent these attacks. However, this does not seem realistic as there is still a clear fear among the international community about the Taliban’s grand strategic intentions and whether they have really changed.

For these reasons, Mr. Kabulov’s warning about further US attacks on Afghanistan may be heeded, although it remains to be seen how regularly he will attack the country and whether it is for legal reasons against terrorism. Will also do The United States will not fully outsource its operations against ISIS until it receives something in return, although it is unclear what that could be. Until then, what can be expected is that the United States does not kill too many civilians or target foreign investment.