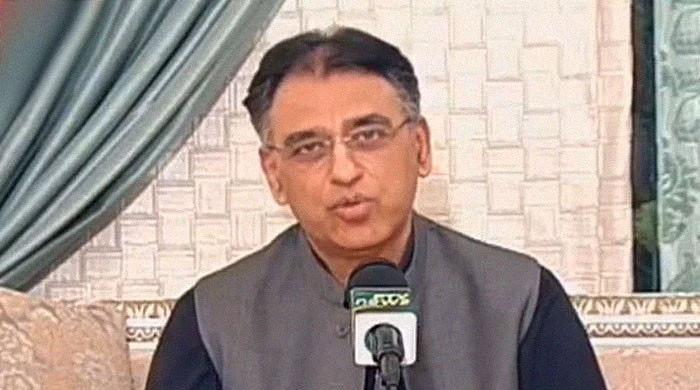 ISLAMABAD: Federal Minister for Planning Asad Umar on Wednesday said that for the first time in Pakistan, the vaccination mark crossed 1,500,000 in a single day.

In the last 24 hours, more than 1.59 million people across the country have been vaccinated against the corona virus, according to the statement.

Going on Twitter, Asad Umar revealed that yesterday, both the first dose and the second dose vaccinations were the highest ever recorded in Pakistan, with a total of 171,000 and 519 people receiving food.

Pakistan had set a target of partially vaccinating 40% of the population over 18 in Pakistan’s 24 largest cities.

However, the NCOC chief said 20 major cities met the target while Hyderabad, Mardan, Nowshera and Quetta did not. He revealed that 35% of Pakistan’s national adult population has received at least one dose of the corona virus vaccine.

Vaccination campaign launched for people 17 years of age or older

The vaccination campaign for people 17 years of age and older began today (September 1) as part of the government’s strategy to curb the spread of the novel corona virus.

Earlier, people aged 18 and over were being vaccinated against the corona virus in the country.

He announced that 17-year-olds would be able to get shots of the corona virus vaccine from September.

He also said that Pakistan was preparing to vaccinate 15-year-olds and revealed the government’s vaccine mandate for anyone planning to travel or go to school.

The government will soon launch a vaccination campaign for people aged 15 to 16, the date of which will be announced soon, they added, adding that even those with weakened immune systems aged 12 and over COVID-19 shots will be found.