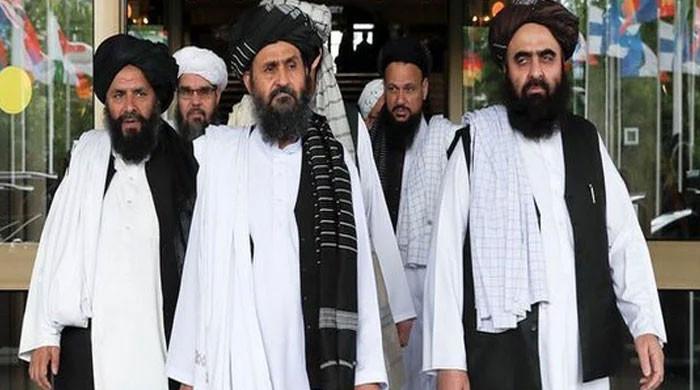 LONDON: The British government has begun talks with the Taliban to safely evacuate the rest of its citizens from war-torn Afghanistan, it emerged on Wednesday.

The British government has sent Simon Gass, a senior government official, to meet with Taliban representatives in Doha.

Prime Minister Boris Johnson is on fire at a time when many NATO aid workers – and those eligible to relocate to Britain – are believed to be stranded in Afghanistan, where they are at the mercy of the Taliban. ۔

“For British citizens and Afghans who are meeting with senior Taliban representatives in Gas to highlight the importance of a safe passage to Afghanistan,” an official spokesman told AFP on Wednesday.

This is the first public diplomacy between London and the Taliban since Britain sided with the United States in a major airlift of more than 100,000 people outside the country following the capture of the Afghan army.

The Taliban promised on Tuesday that the Afghan people would be allowed to come and go in the days following the US withdrawal.

More than 8,000 Afghans who helped NATO forces were expelled from Afghanistan and the British government said they would be given an indefinite leave to stay.

British Foreign Secretary Dominic Raab was also condemned by the opposition Labor Party when the Taliban took control and did not leave the beach immediately.

An unnamed British minister told the Sunday Times that he believed Britain could have evacuated “800-1000 more people” from the chaotic plane.

Johnson’s administration sought to extend the US withdrawal deadline to August 31, but ultimately failed to persuade President Joe Biden.

After the Taliban entered Kabul in mid-August, the British prime minister said the Taliban should be judged on their actions, not their words, and insisted that Britain did not stay in Afghanistan without US support. Could