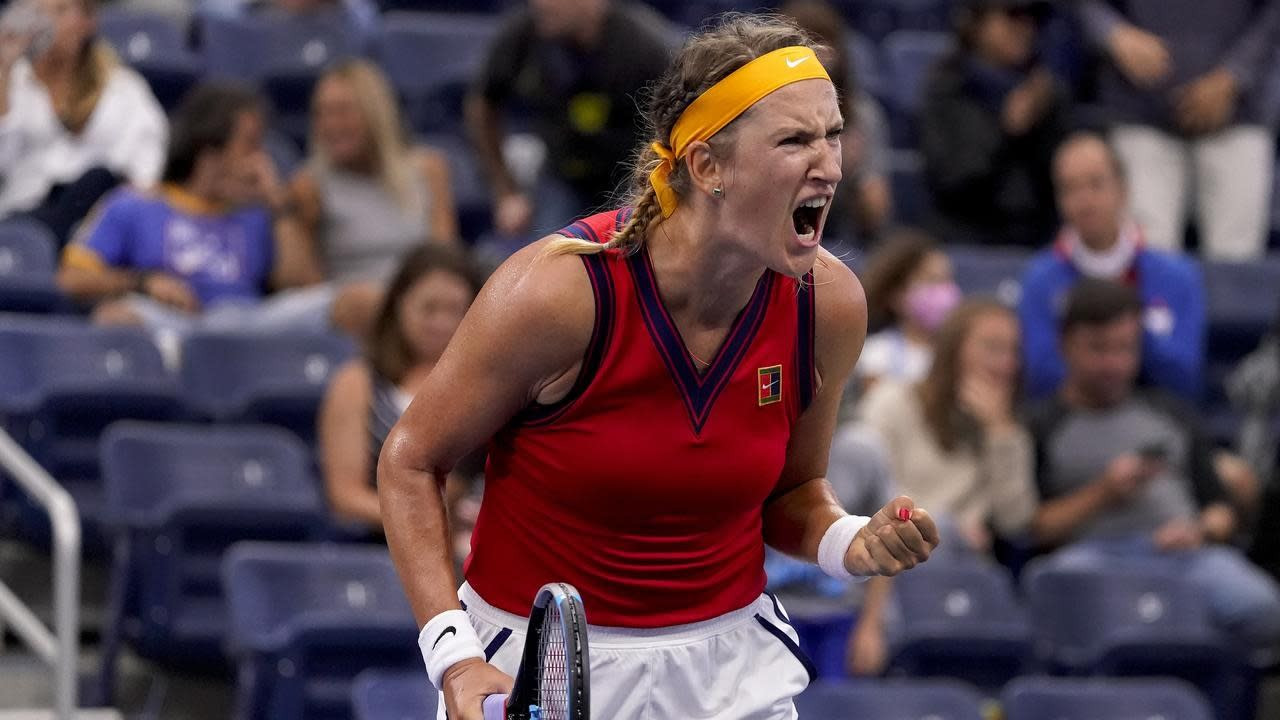 The 32-year-old Belarusian finds it “strange” that fans need proof of vaccination but not athletes.

Evidence of the Covid 19 vaccination is a must for adult US Open spectators but not for athletes – and that’s what Victoria Azarenka finds “weird.”

Azarenka, a two-time Australian Open winner and three-time US Open runner-up from Belarus, told fans after her victory on Wednesday that she was happy to have been vaccinated against the deadly virus, according to New York City officials. There is a need.

“I want to start this conversation between my players, because I think it’s a little weird that the fans have to be vaccinated and not the players,” Azarenka said.

“In my opinion, it is inevitable that it will be mandatory at some point. I don’t see a way to stop it, because I think we all want to be safe, to continue our work and I know. There’s a lot to talk about. “

Greek third-seeded Stefanos Tsitsipas controversially said last month that he would only get the vaccine if it was needed.

“I have to do it sometime, I’m pretty sure about it, but I didn’t have to compete so far, so I didn’t do it,” he said.

Only more than half of Americans have been vaccinated, reflecting an elite-like division.

“I respect everyone’s opinion as long as it’s not a conspiracy theory, if you really have reasonable knowledge and have considered research and done your own facts and figures and research,” Azarenka said.

“That part of the conversation, that you really need to be aware of, is missing a lot of players.”

Russian second seed Daniel Medvedev, runner-up at the 2019 US Open and 2021 Australian Open, is not there to talk about the merits of mandatory vaccinations for athletes, a decision left to ATP and WTA officials.

“I understand why he did that to the fans. It has not yet been applied to the players,” Medvedev said. “As players, we can only follow instructions and rules. That’s all we can do.

“It’s not a decision for the players, because we have governing bodies in tennis. Sometimes we’re not happy with them. Sometimes we can be happy. But it’s still the decision makers.

“We’re just, you know, workers who do their job on the tennis court.”

Stacey Alaster, director of the US Open, warned that a positive test would deprive players of the opportunity.

“We have a strict protocol. Testing is an important component to reducing the risk to everyone’s health and safety,” he said.

“If a player tests positive, that player will be disqualified.”

Spain’s top-ranked golfer Jon Rahm led the PGA event by six strokes after three rounds in June but was forced to withdraw after a positive test. He also missed the Olympics in July after a positive Cowade 19 test.

One can only guess at the uproar if top-ranked Novak Djokovic is forced to withdraw from the Positive Code 19 Test and his calendar-year Grand Slam bid is destroyed.

“I hope that as an association we will make the best decisions for our business, for our health, for the tournaments, for the people,” Azarenka said. “We need to start this conversation because it is inevitable.”

“Athletes who have been vaccinated will have very different conditions that will become a problem in the coming months,” Murray said.

“The tour and all the players should have a long, hard conversation and try to find a solution.”

In New York, vaccinations are required for gyms and restaurants.

“I’m enjoying a very normal life, but for athletes who haven’t had a vaccine, it’s different. I’m sure they’ll be disappointed,” Murray said.

“Ultimately, I think the reason we all get vaccinated is to take care of the wider public. We have a responsibility to look after everyone who is traveling around the world as an athlete.”

I’m glad I got the vaccine. I hope more players choose it in the coming months.