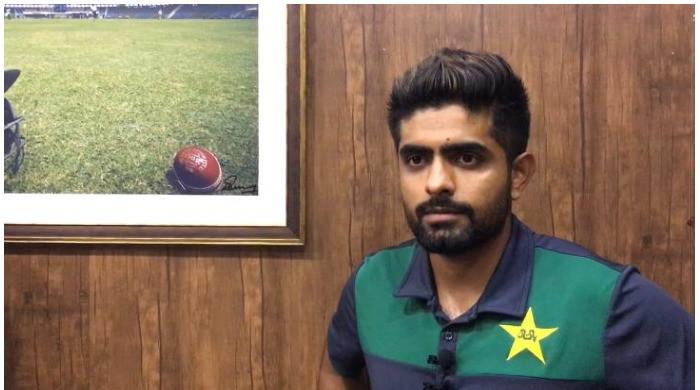 LAHORE: Pakistan captain Babar Azam on Thursday said that it could be difficult for India as a team to play in the T20 World Cup as they have played a short format.

He said the Indian cricket team could be a bit more pressured than Pakistan in the ICC T20 World Cup as it has the advantage of playing seven T20 matches.

Azam said that Pakistan will often be seen in the T20 World Cup after playing the T20 series while India is currently in control of Test cricket after which it will play franchise cricket before the World Cup.

He added that Pakistan is determined to win the T20 World Cup as every other team enters the World Cup.

The captain noted that India and Pakistan have been placed in the same group and will face each other on October 24.

“No one can say what will happen on the day of the match but I can say we will play our best,” Azam said.

Speaking about the UAE, he said that it has been like a home ground and Pakistan has won 31 T20 matches there.

“Sports conditions always benefit us a lot,” he said.

On an expected visit to New Zealand, the captain of the Pakistani cricket team said he hoped that the senior New Zealand cricketers would join the Test team against Pakistan in a year’s time.

He said that Pakistan team has some problems with the middle order, but it offers a good opportunity for young players.

Azam said the chief selector had already given an explanation for dropping Sarfraz Ahmed.

Talking about his role as captain, Azam said: “Being the captain of the team, I am not under any pressure and I am learning from my mistakes.”

The captain said he had met former Pakistan captain Rameez Raja, who is set to become the new chairman of the Pakistan Cricket Board (PCB), and talked about the future of Pakistan cricket.