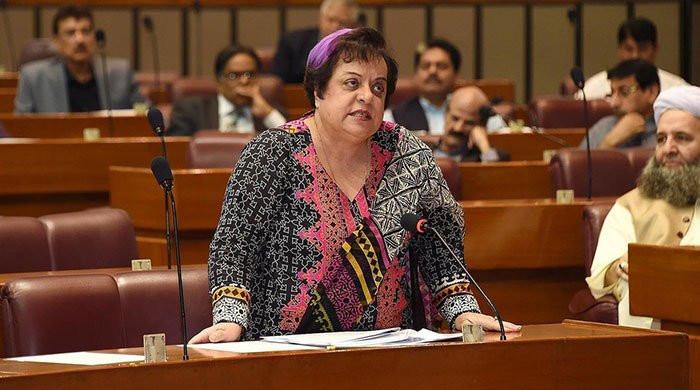 ISLAMABAD: Federal Minister for Human Rights Shirin Mazari has said that instead of restricting women’s entry time in parks, single men should be barred from entering parks and public places. Geo News. Thursday

Mazari condemned the Punjab government for proposing limited time for women to enter parks during a meeting of the Senate Standing Committee on Human Rights.

He said that Punjab government should provide better and safer environment to women instead of imposing restrictions on them.

A meeting of the Standing Committee chaired by Senator Waleed Iqbal reviewed the progress of the investigation into the Minar Pakistan harassment.

During the meeting, the Ministry of Human Rights presented a progress report on the investigation, which said that human rights violations in the country are constantly monitored.

The report said that the Minister for Human Rights took notice of the Minar Pakistan incident and ensured the registration of the first information report.

According to the report, 141 suspects were detained after which an identity parade was held but the victim Ayesha Akram did not appear in the parade.

It further said that Akram appeared in another identification parade on Wednesday and identified six suspects.

The report further said that the suspects identified by Akram have been arrested and four special committees have been formed to investigate the case.

Meanwhile, the chairman of the standing committee advised Mazari to take up the matter of fixing the time for women to visit the parks with the Punjab government.

“We [Ministry of Human Rights] “We can only inform the provincial government about our recommendations and not put pressure on them,” Mazari replied.

On this, Senator Mushahid Hussain Syed said that the government of Punjab was formed by Mazari’s political party itself.

Syed said that Punjab Chief Minister Usman Bazdar was a puppet under the control of Prime Minister Imran Khan.

Mazari replied: “It is you who say it, not us.”

A senior Kenyan diplomat was insulted on August 14

Mushahid Hussain Syed told the meeting that the Kenyan High Commissioner told him that he was insulted on August 14 in Lake View Park despite being with his driver and another person.

“People pulled my hair and found it there,” he was quoted as saying by the Kenyan high commissioner.

Committee Chairman Iqbal replied that this was a serious matter and it would not be enough to review it alone.

Iqbal said it has become a trend and foreign envoys are also falling victim to it.