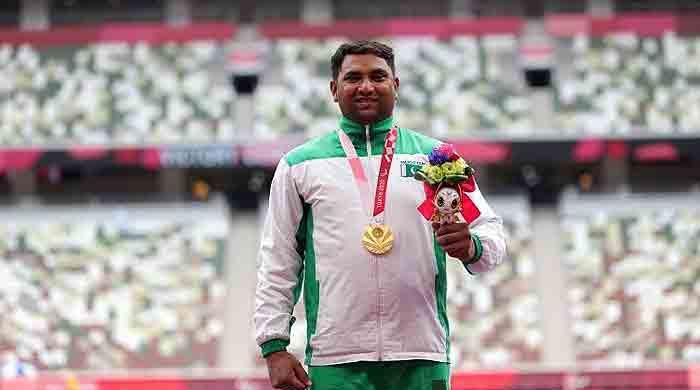 KARACHI: Pakistani para-athlete Haider Ali made history in Tokyo on Friday when he became the first Pakistani to win a gold medal at the Paralympics.

Haider was competing in the men’s F37 discus throw. He won the award in his 5th attempt with a throw of 55.26 meters, which is also his personal best. Haider had earlier thrown 47.84 in his third attempt.

Ukraine’s Mykola Zabnyak won the silver with a throw of 52.43, while Brazil’s Java Victor won the bronze.

Haider, who suffers from cerebral palsy, has previously won a silver medal at the Beijing Paralympics and a bronze medal at the 2016 Rio Paralympics. Both in the F37 Long Jump event.

The athlete congratulated his country after winning the first gold medal.

“Congratulations to Haider Ali on winning the first gold medal for Pakistan in the #Paralympics,” a statement from the PM’s office said.

He won a medal in the 55.26m discus throw which made the whole of Pakistan proud.