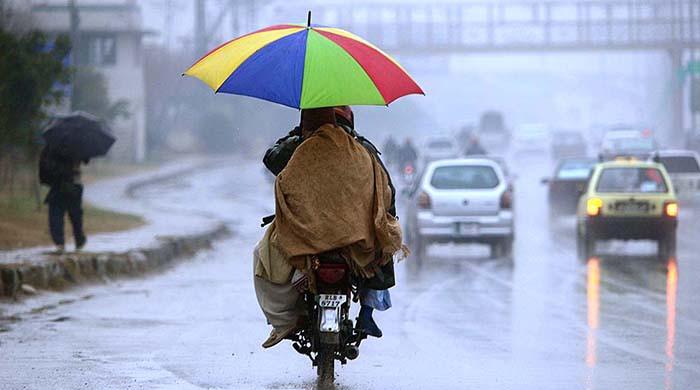 KARACHI: It rained in the city today with the local government issuing alert to the concerned departments for urban flood preparedness.

Earlier, the Pakistan Meteorological Department had said that heavy rains were likely in many parts of Sindh and eastern Balochistan during the next 24 hours.

According to Meteorological Department, thundershowers are expected in Karachi, Hyderabad, Badin, Thatta and Jamshoro today.

Earlier, the Meteorological Department had forecast rains in Sindh from August 31 to September 3 and asked all concerned officials to remain alert during the forecast.

The Meteorological Department also issued a hurricane warning, which could have harmful effects.

The Meteorological Department also issued flood warnings for Karachi and other cities in Sindh, adding that flash floods could occur in local rivers and streams in Balochistan.

It rained in different parts of Karachi on Thursday after which the roads were flooded with rain water which caused traffic jam.