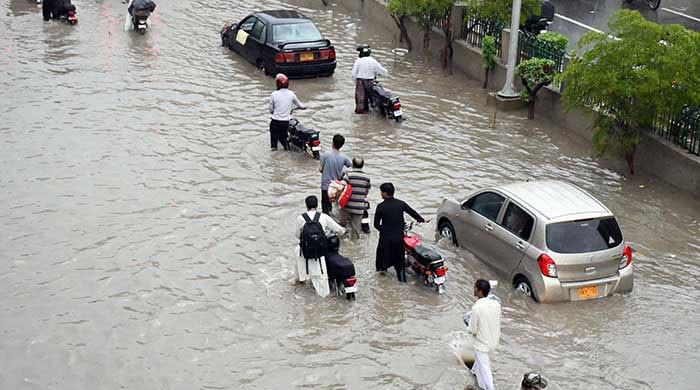 KARACHI: At least four people, including a four-year-old girl, were electrocuted in different incidents in Karachi while heavy rains continued on Friday.

Heavy rains continued in different parts of the port city on Saturday morning due to the monsoon system in the southeast of Karachi.

The Meteorological Department has forecast more rains with thunderstorms in the port city on Saturday (today).

The PMD said the city is expected to receive moderate to heavy rains till this evening as the monsoon system is maintained in the southeast of Karachi.

The Meteorological Department said that the weather in the city will remain partly cloudy today while the maximum temperature in Karachi is expected to be between 33 to 35 degrees Celsius.