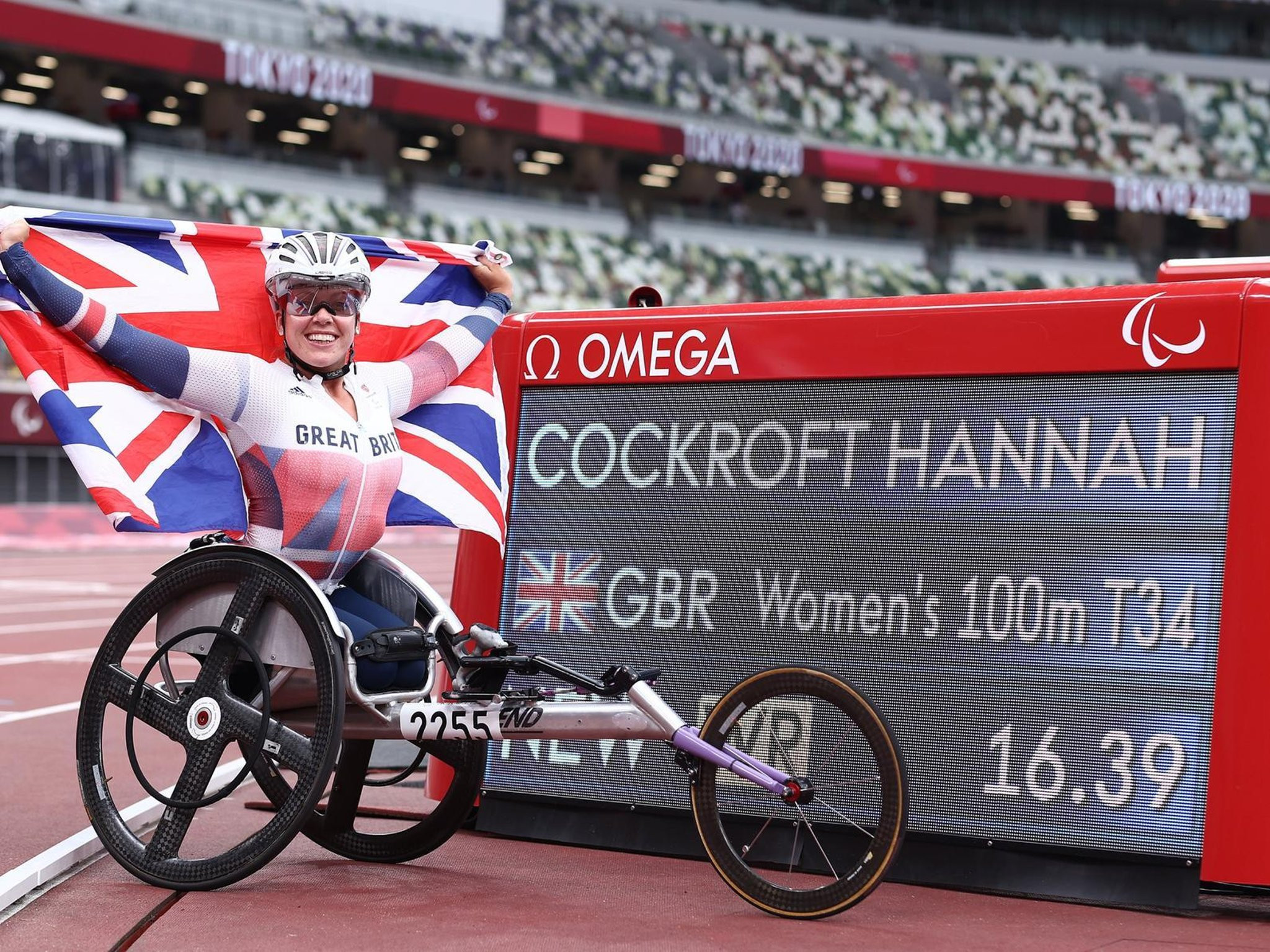 Hannah Kakraft and Nick Mehoug had even more golden success on the athletics track as the successful staging of the Games was declared “remarkable” on the final day of Paralympic action in Tokyo on Saturday.

Britain’s Cocraft won the seventh Paralympic gold medal, while American Mehog said he wanted to be “Usain Bolt of the Paralympics” after winning his third Tokyo gold.

“Hurricane Hannah” clocked a time of 1 minute 48.99 seconds in the T34 800m, breaking the record of her Rio Paralympic Games in about 12 seconds.

“I don’t think it will ever sink,” Kakroft said of his second Tokyo gold medal, winning three in Rio 2016 and two in London 2012.

“A lot of athletes don’t have the happiness to do that for 10 years or they stand on the podium many times.”

“I know I’ll never run 9.5 for the 100 meters, but I want to be Usain Bolt of the Paralympics,” said the former footballer, who also won gold in the 100 meters and the 4×100 meter universal relay on Friday night. Won She won a silver medal in the 400 meters.

“You set your own boundaries. You believe in yourself and set your own barriers and overcome them. That’s exactly what Usain Bolt did to me. He was my biggest inspiration so your Thanks.”

“It’s remarkable. There have been doubts in the last two years when I thought these games weren’t going to happen,” Spence told reporters.

“We encouraged our players

But Belgium’s Peter Jeanine claimed his wheelchair was sabotaged and had to be patched with duct tape before winning the T51 100m on Friday night.

“We arrived just 45 minutes before the warm-up and we had three flat tires and a broken tire,” he said. “The next day we had a flat tire in front of us, and it looked like a knife, but we didn’t want to believe it.”

The first tennis gold of the last day of action went to Dylan Alcott of Australia, who defended his Rio title 7-6 (7/2) in the men’s quad singles final, 6-1 against Sam Schroeder of the Netherlands.

It was a great success for Australia and the United Kingdom as the sprint canoeing program ended on the Sea Forest Waterway.

Australia’s Curtis McGraw, who dug his legs into an explosive device while serving in Afghanistan, won his second gold medal in the men’s VL3 final.

Racquet is kicking off the Paralympic Games in Tokyo 29 years after entering the Olympics.

South American football superpowers Brazil and Argentina clashed in the five-a-side final, one of 49 golds on Saturday.

A record 84 countries have won medals at the Tokyo Paralympics, and the last 15 gold medals will be awarded on Sunday before the closing ceremony at the Olympic Stadium.