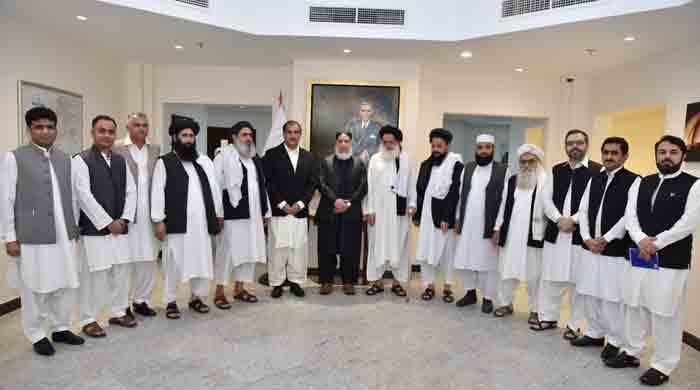 Doha: As part of the international community’s efforts to address concerns, an Afghan Taliban delegation met with envoys from Pakistan, Britain and Germany in Qatar on Saturday.

Since taking control of Kabul, the Taliban have resumed diplomatic activities and met with several ambassadors based in Doha over the past two days.

Sher Muhammad Abbas Stanikzai, head of the Taliban’s political office in Doha, met with ambassadors from Pakistan, Britain and Germany and discussed issues related to the crisis in the war-torn country.

The two sides discussed the current situation in Afghanistan, humanitarian aid, bilateral relations based on mutual interest and respect, reconstruction of Afghanistan and facilitation of movement of people in Torkhan and Spin Boldak, the spokesman said. “

According to the state, the ambassador also hosted a dinner in honor of the visiting delegation. Associated Press of Pakistan.

The Taliban spokesman said the delegation from the Political Office had also met with British, Indian and Canadian officials in the past few days.

In a meeting with Simon Gass, Special Envoy of the Prime Minister of the United Kingdom and his delegation in Doha, Shaheen said that issues related to humanitarian aid, politics and security as well as bilateral relations were discussed.

“The UK delegation reiterated that it has already increased its humanitarian assistance and stands ready to continue to work with the IEA.”

The Taliban delegation talked to German Ambassador to Afghanistan Marcus Potzl and asked for help in restoring the airport.

They also discussed the ongoing situation in the country and issues related to economic development and humanitarian aid.

The Taliban spokesman added that the German delegation called for increasing and continuing humanitarian assistance in Afghanistan.

The Chinese Deputy Foreign Minister said that he would maintain his embassy in Kabul and our relations would be better than in the past. Afghanistan can play an important role in the security and development of the region. Sohail Shaheen said that China would also continue its humanitarian assistance and in particular increase the treatment of Covid 19.