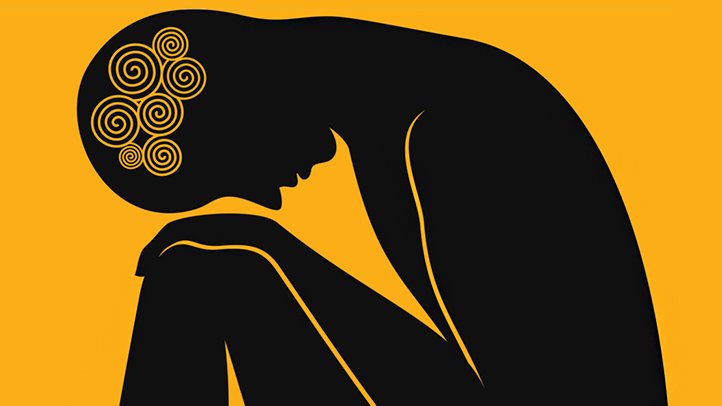 Anxiety is often a way for our minds to protect us from the emotions we are suppressing.

Iman was living in a hostel far from her hometown to study at the university and could not sleep. Her insomnia was caused by anxiety caused by a recent dispute with a friend. The fact that there was no other support system in the hostel, other than his current mutual friend, definitely made the situation worse.

Anxiety is a common human emotion, but sometimes constant, intense anxiety can affect healthy work to the point where it begins to interfere with daily life and its quality. And insomnia to name a few.

Most of all, anxiety is a way to protect our minds from emotions that we are suppressing because they are too heavy for us. The resulting anxiety forces you to focus on it, rather than the emotions behind it.

In Aman’s case, there was a conflict in the feelings she was feeling, on the one hand, she was angry at the perceived betrayal of her friend and on the other hand, she was mourning the loss of her friend. But instead of feeling both emotions, he tried to suppress the feelings of anger, sadness and even loneliness that he felt after falling in love with his friend because it was very difficult for him to sit with him. Insomnia.

Another common symptom of anxiety is panic attacks, while lesser known symptoms may include phobias. Panic attacks are characterized by sudden onset and often appear to be blue for no apparent reason. But the fact is that panic attacks are usually the result of improperly acting on past or present stimuli or pressures.

Manahel, in her 30s and single, experienced panic attacks for the first time in her teens. The frequency and severity of the attacks increased in her youth and she reached the point where she would wake up in the middle of the night with shortness of breath, accompanied by palpitations and a sinking sensation that made her think she was dying. Is. The initial attacks were so bad that she ended up in the emergency room more than once thinking she was having a heart attack.

Her family did not help her level of stress during the panic attacks, as they rejected her experience, telling her she was turning a mountain into a mountain. It was only after learning in therapy that Manahel found some relief that she was experiencing panic attacks, while she was also given a safe place to explore her feelings.

Anxiety is sometimes felt when there is a conflict between the two of us. For example, a person may get angry when he is abused or not treated properly, yet he can never say that he wants to please others and gain their approval. Also hopes to In such cases, it is also possible that the expression of real feelings was never encouraged in his family.

Shanzia, 36, a housewife and mother of two, knew she was going to make people happy from a young age. Her teachers and family praised her and her endorsement made her feel good during her childhood and early adulthood. However, things changed when she got married. Her in-laws were not as admirable as her own family and she began to feel valued.

There came a point where she would feel very upset in his presence but still tried to please him because that was the only way she knew he was there. There was a great internal conflict between the real self (the self that felt humiliated when it crossed its limits) and the adaptive self (the self that would shrink to please others). The controversy was the cause of the perpetual unrest.

Trauma in childhood or earlier in life can also cause anxiety, especially when the current situation causes the same emotions as they felt in the traumatic situation. In this case, not often, the cause of the problem arises from an unconscious state. Also, in such situations, people have to react disproportionately to the situation at hand.

Mahrukh, a law graduate in her early 20’s, was talking about a friend she was so attached to when her hands began to tremble, her stomach began to throb and her palms began to sweat. Came She was clearly feeling uneasy and she was showing herself physically.

Her anxiety was mainly a manifestation of her deep fear, which arose from her parents’ conflicts and the history of ignoring and abandoning her. She was afraid of losing her friend, especially if she didn’t tell him.

It is human nature to avoid emotional as well as difficult arguments, but if we approach it with curiosity and empathy instead of being frightened or avoiding our own troubles, it can help us understand what is causing the first trouble and who Other emotions are hidden behind it.

Recognizing yourself without acknowledging your feelings reduces the intensity of the emotion in question. The more we avoid emotions, so that we are not overwhelmed by them or even if we are more positive, active and happy, the more anxiety we face.

Relationships with God, supportive friends or family members, exercise, breathing exercises and meditation can help manage all stress. But if the anxiety is not manageable or no one can point out what it is like to reach out to a psychiatrist, counselor or psychiatrist I can help