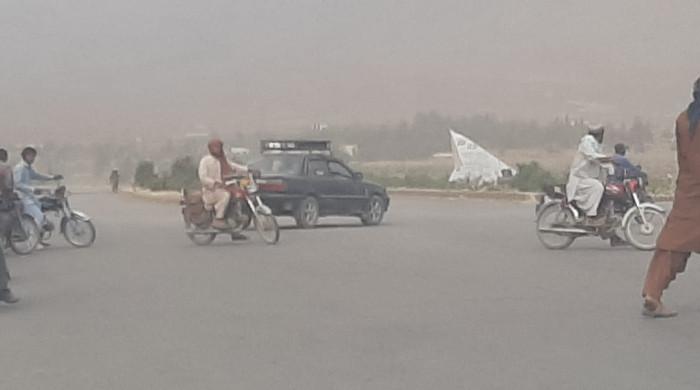 QUETTA: Four Federal Corps personnel were martyred and at least 19 others were injured in a suicide bomb blast on Mustang Road in the city on Sunday morning.

Police confirmed that the FC check post on the road was hit by a suicide bomber. The banned Tehreek-e-Taliban Pakistan (TTP) has claimed responsibility for the attack.

Prime Minister Imran Khan condemned the bombing and paid tribute to the sacrifices of the security forces.

He tweeted, “My condolences to the families of the martyrs and prayers for the recovery of the injured. I salute our security forces and their sacrifices for our protection by thwarting the plans of foreign-backed terrorists.” Do it. ”

He tweeted, “TTP’s reprehensible attack on FC check post in Quetta today. Condolences and prayers to the families of the martyrs – our brave security forces to the TTP terrorists funded by RAW. Plans keep failing. ”

Police say the suicide bomber rammed his motorcycle into an LEA vehicle.

A Balochistan CTD spokesman said that a CTD team had reached the spot and started investigation into the incident.

Police, law enforcement and rescue workers rushed to the scene shortly after the blast. The injured were shifted to Sheikh Zayed Hospital, police confirmed.

The suicide bomber rammed his motorcycle into a law enforcement vehicle at a checkpoint, police said.

Shortly after the blast, a bomb disposal unit arrived at the scene to investigate the attack.