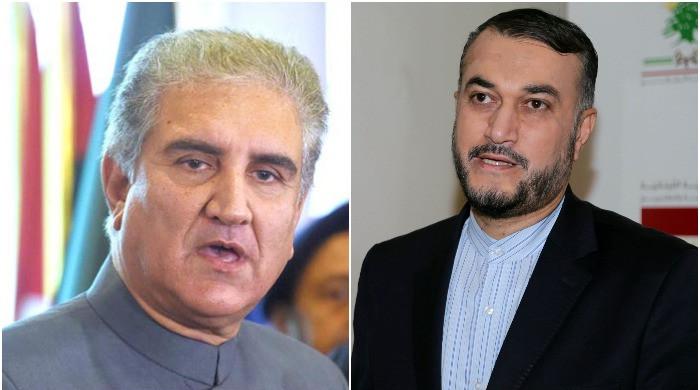 ISLAMABAD: Foreign Minister Shah Mehmood Qureshi on Sunday told his Iranian counterpart that both Pakistan and Iran would continue consultations on the deteriorating situation in Afghanistan.

Shah Mehmood Qureshi spoke on the phone with Iranian Foreign Minister Amir Abdullahian and discussed the situation in Afghanistan, as the Taliban are ready to announce a new government. Radio Pakistan

The two Foreign Ministers discussed in detail the latest developments in Afghanistan and agreed to hold a virtual conference of Afghanistan’s neighbors at the level of delegates in the coming days.

FM Qureshi said Pakistan attaches great importance to its relations with Iran, while his Iranian counterpart praised Qureshi’s “joint efforts to develop a coherent strategy in the context of the situation in Afghanistan.”

He thanked FM Qureshi for his recent visit to Iran.

Shah Mehmood Qureshi met the Iranian President and briefed him on the situation in Afghanistan.

During his visit, Qureshi briefed President Raeesi on the ongoing situation in Afghanistan and briefed him on Pakistan’s perspective and called for a coherent approach.

Highlighting the way forward, he said, “It is important for Afghanistan’s neighbors to continue to consult on the way forward because peace in Afghanistan will bring economic and political benefits to the region.”

During his meeting, the Minister congratulated President Raeesi on the victory of the Pakistani leadership in the presidential election and the ratification of Parliament on the Cabinet.

The meeting was part of the Foreign Minister’s two-day visit to Tajikistan, Uzbekistan, Turkmenistan and Iran to promote a cohesive regional approach to the changing situation in Afghanistan.