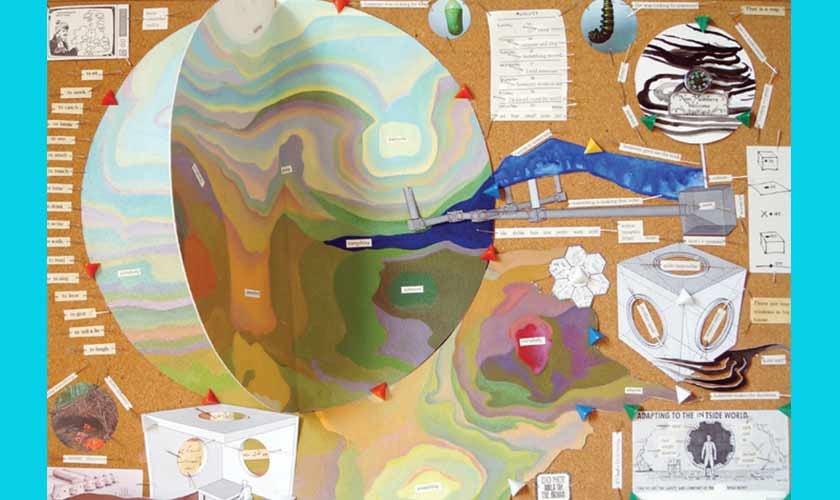 T.There are many types of letters: open letters in newspapers, handwritten letters on loose sheets, letters written and printed in a book, letters wrapped in blood on a piece of paper, letters written on leather parchment, scrolls Letters on ink, such as designed letters, some greeting cards, photo postcards, e-mail documents, and letters sent behind text messages. In addition to a single individual, a letter can be addressed to an abstract entity, or to a collective, or to a country like Pakistan.

Such letters can take many forms – for example in the exhibition Artworks, Letters to Pakistan, Art Thought Contemporary, in Lahore. The group show, organized by Maryam Hanif Khan, opened on August 27. Fourteen artists have been invited to participate, perhaps a random selection. Otherwise, this number may be linked to August 14, Independence Day of the Islamic Republic.

One observer may wonder what each artist has written for his homeland. The content is not for the potential audience, but for the general public, but the few people who go on display, or access these works through social media. In this case, the letter writer and the recipient are the same. Every artist has expressed his thoughts about this country, its people, its system – using a private language, and influencing personal feelings that are relevant to the current situation. Abrar Ahmed has used oil and paper on the carved marble to mark Arabic words and red squares in his incomprehensible letter Sang Mail, a symbol of the martyrs. White patches are associated with saints. If no one else reads the text, the description given by the artist along with his work, his. Letter , Appears as an abstract surface. The same is true of some of the other artists in the exhibition, including Amna Manzoor and Amna Larib.

In some works, flowers have been painted or embroidered (as by Manisha Jayani and Brishna Amin Khan). Some have imaginary scenarios, such as that of Saba Haroon, in which the origami bird dominates the structure. One can believe these pieces of paper are letters, but perhaps letters or hermeneutic words in a lost language.

On the other hand, some tasks are more easily linked to the idea of ​​a letter, or the theme. Hira Butt has created a letter-like image in her mixed media called Dhi Rani, which is mainly in green and brown, to show this letter as a “pure expression of love and gratitude” for her homeland. One way is that she left for England in 2009.

See more personal material written by Mehreen Asif in 1964. She describes the work of jute on her hand-embroidered cotton, which “shows a scene from the winter of 1964 where I introduced myself while enjoying evening tea instead of my grandmother.”

There are also old memories spanning 74 years after the birth of Pakistan. Some participants responded by including the national flag, the mind map, and the relationship between the body and the existing space. Ramas Imran inserts an open envelope with the Pakistani flag in his remarkable acrylic on brass. Other artists have also taken the form of flags. Umm Laila has turned the flag into an origami statue. Rahim Baloch’s book dripping green ink on a white sheet also shows the two colors of the national flag. The Yemeni archive print shows a glass vessel with the curved flag faces of Quaid-e-Azam and Allama Iqbal resting on the sand, echoing through the glass for hours, or being deprived or deviating from the original ideas of the founding fathers. ۔

The other two letters, which contain neither the flag, nor the historical / political material, nor any explicit reference to Pakistan, also illustrate the current situation. Sarah Aslam, in her mixed media work, addresses the changing relationship between humans and space at an age of isolation. She charts the memory of her tasks or the seven days of the week, which seem mundane and ordinary, yet in the present and changed circumstances all tasks are of great importance. She creates a mental map that seems to be a personal reaction to her physical and psychological environment.

Truth has created a moving piece, in which a rapidly defined organ / shape moves below the skin-like surface. He said the work was “exploring the relationship between the body and space” because “in the last few months, events related to the body and space have been discussed and highlighted on news channels”.

Sadiq’s work, which paints a barely breathing body, could highlight some recent incidents of violence against women in public places, particularly the Greater Iqbal Park attack on Independence Day.

In fact, such despicable acts are another form of letters to Pakistan. The frenzy of August 14 is nothing new, it has erupted on a new scale this summer.

The black and dirty letters to the motherland (actually to its women) are reminiscent of one of the following lines from the American poet Elizabeth Bishop:

Let the nations be enraged.

The shadow of the cradle forms a huge cage.