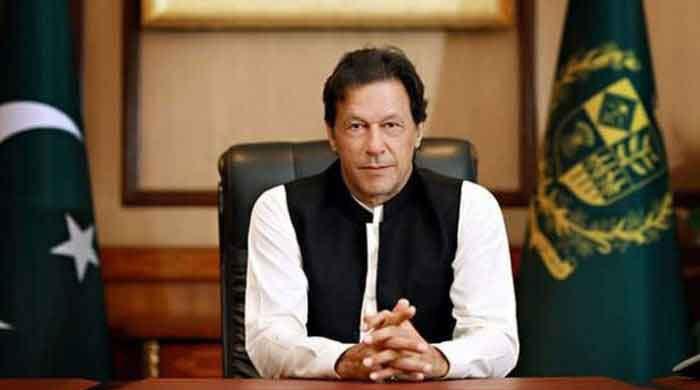 ISLAMABAD: Strongly condemning India for snatching the bodies of Kashmiri leader Syed Ali Gilani and filing cases against his family, Prime Minister Imran Khan on Sunday said it was “fascinated by Nazis” in fascism. Another example of India’s arrival. RSS-BJP government.

Prime Minister Imran Khan tweeted, “Then the registration of cases against his family is another shameful example of India’s entry into fascism under the Nazi-influenced RSS-BJP.”

Gilani, allegedly a prominent Kashmiri freedom fighter and rights activist, died at his Haiderpura residence on Wednesday evening after battling a long illness.

Fearing a large-scale uprising, Indian authorities rushed to deploy thousands of troops in the occupied territories.

However, the Indian occupying forces snatched the body from the family and buried it in a cemetery in Haiderpura before sunrise.

The bereaved family chanted slogans in favor of independence and Pakistan. According to media reports, he was tortured by Indian forces and locked in a room.

On Saturday, FIRs were lodged by Indian police against Gilani’s family and “other elements” while the family of the late Kashmiri freedom fighter boy and others chanted pro-Pakistan slogans and his body was taken to Pakistan. Wrapped in the flag of

Replying to a question, Foreign Minister Shah Mehmood Qureshi on Friday said that he had raised the issue of atrocities in occupied Kashmir which was being carried out by India with the British Foreign Secretary.

Shah Mehmood Qureshi was addressing a joint press conference with the British Foreign Secretary who arrived in Islamabad to discuss the changing situation in Afghanistan with Pakistani officials.

The Pakistani foreign minister had said he had discussed how Gilani was denied a “proper burial” by Indian security forces, adding that it violated a person’s fundamental right.

“There will be hundreds of funerals. [for Geelani]. An event is taking place here in Islamabad today. Every parliamentarian will go there. if you [UK foreign secretary] If I hadn’t been here, I would have gone myself.

He said freedom of expression could not be suppressed. The Pakistani foreign minister said he had discussed the issue with Raab, who said Britain’s position on Kashmir was a stated and well-known one.

“However, he told me that this does not stop him from raising human rights issues. [UK authorities] Do it thank you “

In response, Raab said that the UK has a long-standing policy of encouraging both India and Pakistan to find a lasting solution to the Kashmir crisis.

He said it was not for Britain to impose its solution on the Kashmir crisis.