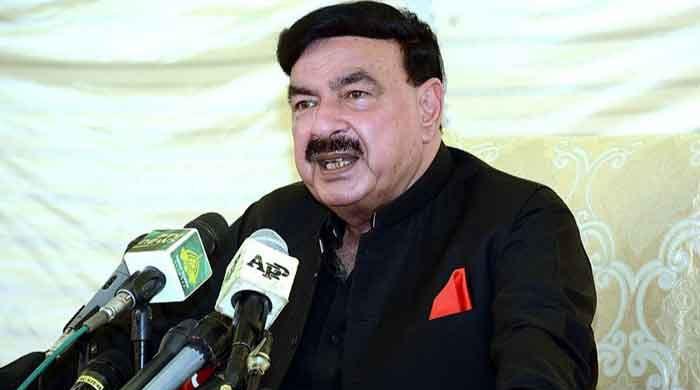 ISLAMABAD: Appealing to the international community to remain engaged with Afghanistan, Interior Minister Sheikh Rashid Ahmed on Sunday said that the world should realize the country’s problems. Geo News. Is informed.

Addressing a press conference on the Torkham border, Sheikh Rashid said the situation in Afghanistan had changed the politics of the region, commenting on the Taliban’s rapid occupation of the country and its impact in South Asia.

He signaled major changes in the region in light of the changing situation in Afghanistan.

Sheikh Rashid added that the development of Afghanistan is our development.

Pakistani officials have spoken to the Afghan Taliban about the TTP issue, adding that they hope Afghan territory will not be used against Pakistan.

The minister mocked India, saying that after the Taliban took over Afghanistan, it faced disgrace all over the world. Rashid said New Delhi had set up 60 training camps in Afghanistan to carry out sabotage operations against Pakistan.

The interior minister added that no one expected the Taliban to take control of Afghanistan so soon.

The intelligence chief spent a day in the Afghan capital, sources said, adding that he was meeting with Pakistani Ambassador Mansoor Ahmad Khan and his team on return from Pakistan and transit issues and border situation.

Since the Taliban came to power last month, thousands of foreigners have been evacuated from the war-torn country with the help of Pakistan. The Pakistani embassy in Kabul was working 24/7 to assist in the evacuation efforts.