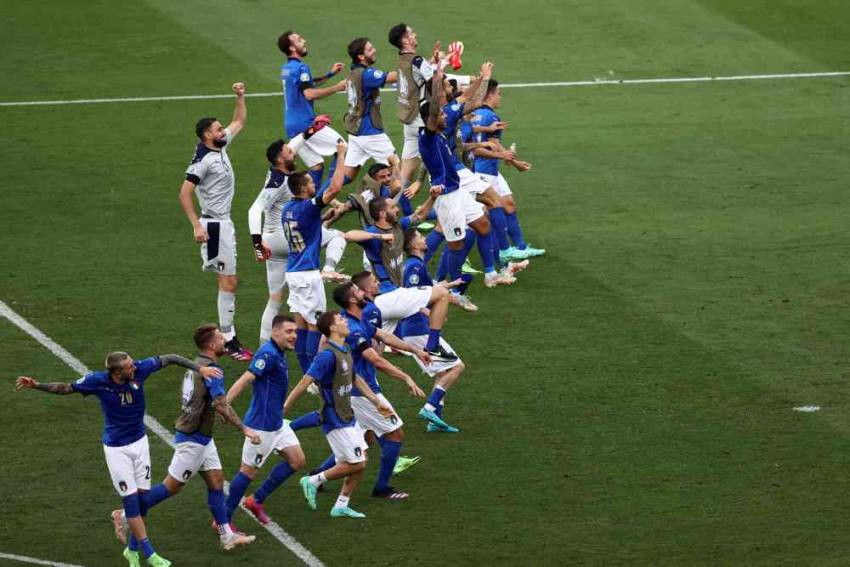 Italy broke the record for the longest unbeaten run in international matches after a goalless draw with Switzerland in the World Cup qualifiers on Sunday, with Giorgione once again missing a penalty.

Italy have not lost in 36 consecutive matches, breaking the 35-match unbeaten record previously held between Spain and Brazil. Brazil’s record of 35 was set between 1993 and 1996, while Spain equaled that mark in 2009.

The result could have been more positive had Georgino converted from the penalty spot in the 52nd minute after a foul by Dominico Brardi, but Chelsea midfielder was thwarted by home goalkeeper Jan Sommer.

Italy had more chances to snatch victory but had to overcome a draw, meaning they are top of Group C with 11 points from five matches, four ahead of second-placed Switzerland with two matches remaining.

“We played a great match today, better than a 3-0 win against Switzerland in June (Euro 2020 group stage), but we just couldn’t score.

“I really liked our drama today. There were a lot of positives.”

Roberto Mancini’s side came into the match after a disappointing 1-1 draw with Bulgaria on Thursday in their first match since becoming European champions in July.

But in the first half in Basel, the visitors were a much better side and should have taken the lead through good chances from Brardi and Lorenzo Insigne, both of whom were dismissed by Sommer.

The best chance of the night came seven minutes into the second half when Ricardo Rodriguez tried to atone for his capture and rushed to Brardi to accept the penalty.

Giorgione, who missed a spot-kick in Italy’s penalty shootout victory over England in the Euro final, stepped up but kept his effort very close to Monday, making an easy save.

Sommer proved impossible to violate as he again refused to leave Italy, disappointed for the second qualifier.

“We have a lot of chances not to win this match,” Mancini said. “We have to be more ruthless and precise in the face of the goal.

Such a match should have been won 3-0. There will definitely be some changes in the next match.

There was some confusion as to whether Italy had equalized or broken the unbeaten series record on Sunday as Brazil claimed that their run had been extended to 36 matches, with the South Americans in Romania’s B team in September 1995. With a 2-2 draw.

As it was not recognized by FIFA as being against the match reserve team, it is not part of the Brazilian race.

Azure will face Lithuania on Wednesday, while Switzerland will travel to Northern Ireland.