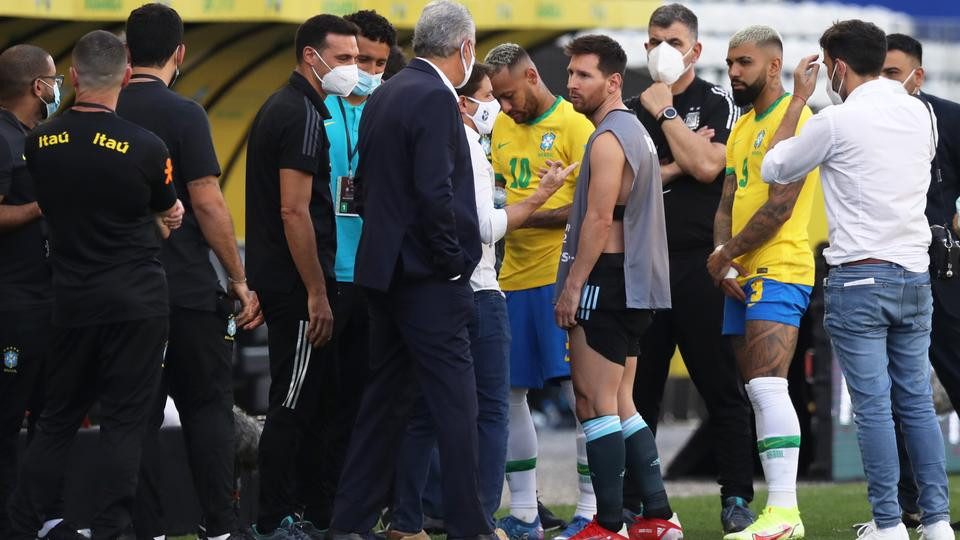 Argentina’s game against Brazil was stopped and later abandoned when public health officials from Brazil entered the field to remove Albiceleste players.

“It hurts me a lot – we’re suffering because we wanted to play the game, the Brazilian players wanted to play it and the show had to be played,” Scaloni told Argentina’s TC Sports Channel.

“To enjoy the match with the best in the world, there should have been a party for everyone,” Scaloni said.

Scaloni said Argentina, whose players left the field shortly after the intervention of public health officials, could not tolerate the deportation of squad members.

“I want the Argentines to understand that as a coach I have to defend my players and if people come and say they want to take them away and deport them, no one will,” he warned. There is no chance. “

“We were never told they could not play the game,” Scaloni added.

However, the president of the Argentine Football Association (AFA), Claudio Tapia, said the team had adhered to FIFA protocol.

“It’s not possible to talk about any lies,” Tapia said.

“Argentina had to return to Buenos Aires after the charter flight on Sunday, insisting that the AFA is complying (with the protocol) and taking maximum care of our players,” Tapia said. They can return to their clubs in the best way possible. ” “.