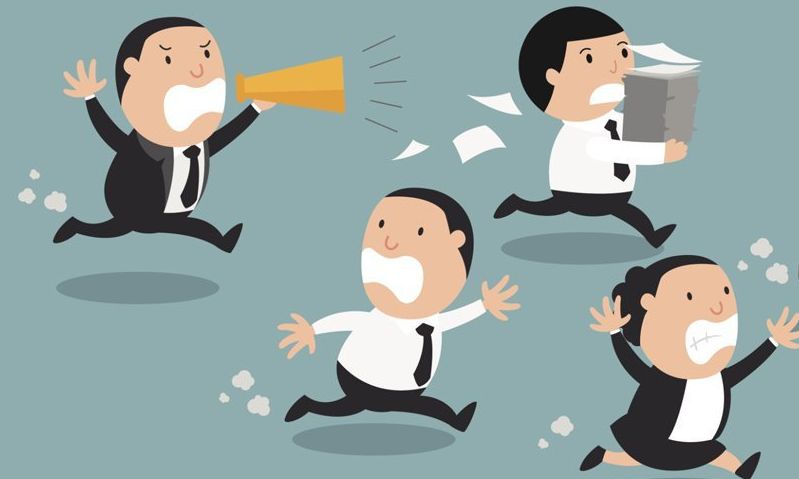 As we enter adolescence, I’m sure none of us will have lunch on the school playground. But I also believe that the memories of all of us are associated with the countless trips that are buried somewhere in our hearts and minds. And a reminder I believe everyone has bullying on the playground – as a criminal or victim.

Interestingly, describing someone as a bully usually depicts images of a reasonable child who rules the playground with the force of his fists, or a sharp-tongued bully who physically It hurts more than a fist. Many people think that life after school and university will be completely free from bullying and after being bullied as a youth, they will have learned to deal with it like adults. But the sad fact is that thugs grow up like all of us but their attitude does not change and people can be bullied at any age and in any situation.

Bullying tactics may change, but the basics and the effects of adult bullying are the same. Taking it a step further, bullying in the workplace is a reality so many of us deal with it regularly and at least 27% of those surveyed worked, according to a University of Kentucky study. They experience bullying on the spot. Even in the United States, one can imagine what the number looks like in Pakistan.

This is something I started thinking about when a friend, who is a psychologist, recently asked if I had ever dealt with bullies at work. Little did I know that she was working with two victims of bullying in the workplace and was trying to get a neutral view from her friends outside the workplace.

But before we get into that, it’s important to define bullying in the workplace. According to Wikipedia, this is a permanent pattern of coworker abuse at work that causes physical or emotional harm. This can include tactics such as verbal, non-verbal, psychological, and physical exploitation, as well as humiliation.

There is no literature on bullying in the workplace and no one from Pakistan itself, we decided to start asking the people around us about their experiences. The stories we heard were out of the question. We have heard countless stories of verbal abuse, where a woman was so embarrassed by her weight that her colleagues photographed an elephant as she entered a room. Some people were isolated in the workplace simply because of their ethnic background. Pathan And Spring The jokes really have to stop.

Another woman told us,

“Everything I did was not enough and my work never went without making fun of me. Were happening. “

As Pakistan is also struggling to make room for the transgender community, at least two of the people we spoke to did not reveal their gender identities during the recruitment process. Ironically, many of the rumors and gossip mills that are now considered part of the modern work culture are actually a form of bullying.

Bullying is one thing, going through the effects on yourself is another. Since we were dealing with some stories and knew how we felt when we were bullied, we couldn’t help but ask how these people felt and how they did it. Deal

One man said he resigned several years ago because of bullying at work, yet he had nightmares about it that woke him up. Some said they were struggling with anxiety and depression but most agreed that their self-esteem had been completely shattered by their bullies and that they were now struggling to make ends meet. Are Some people tried to interfere in their workplace – just to shut themselves off and push themselves out. Others left on their own, unable to tolerate their hostile work environment.

Probably only one or two succeeded in thwarting their bullying – because, the odds are usually against them.

Referring to the girl who was ashamed of her weight,

“The administration just buried his head in the sand. His attitude as long as he was making money, he didn’t care how people treat each other. If I don’t like it, I can go.” Was

Bullying in the workplace is by no means a small problem and the most common advice is to ignore bullying, which is definitely easier said than done. Hooligans usually harass other people because of their own insecurities, so perhaps believing in yourself, being strong and trying to stop this behavior is our best condition for dealing with this scourge. And if all else fails, get my blog on the bully’s table and hope they find it.