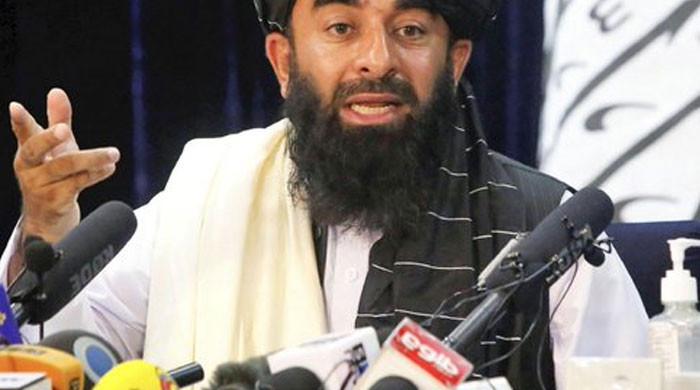 KABUL: A new Taliban interim government, formed exclusively from loyalists, formally took office on Wednesday, with hardliners in all key positions and no women – to create a comprehensive administration for all Afghans. Despite previous promises.

As they shift from militant force to governing power, the Taliban are already facing opposition to their rule, with scattered protests – many women at the forefront – spreading to cities across the country. Are

After chairing a 20-nation ministerial meeting on the Afghan crisis, US Secretary of State Anthony Blinken said the Taliban government would have to “earn” any international legitimacy.

A small rally in the capital, Kabul, was quickly dispersed by armed Taliban security on Wednesday, while Afghan media reported that a protest broke out in the northeastern city of Faizabad.

Hundreds of people protested in the capital and the city of Herat on Tuesday, where two people were shot dead at the scene.

Late Wednesday, the Taliban stepped in to prevent further protests, issuing an order requiring prior permission from the Ministry of Justice – and warning that violators would face “severe legal action.” ۔

And “for now”, demonstrations are not allowed – not at all.

The government’s announcement Tuesday night was a significant step in consolidating the Taliban’s grip on Afghanistan, following a stunning military victory ousting the US-backed administration on August 15.

Notorious for their brutal and oppressive rule from 1996 to 2001, the Taliban promised a more comprehensive government this time around.

However, all the top positions were given to key leaders of the movement and the Haqqani Network – the most violent faction of the Taliban known for its destructive attacks.

The group’s chief spokesman announced that Mullah Mohammad Hassan Akhund – a senior Taliban minister in the 1990s – had been appointed caretaker prime minister.

The movement’s co-founder, Abdul Ghani Baradar, who oversaw the signing of the US withdrawal agreement in 2020, was appointed deputy prime minister.

None of the government appointees were women.

“We will try to get people from other parts of the country,” said spokesman Zabihullah Mujahid. He added that it was an interim government.

– Legal status must be ‘earned’

The Taliban have repeatedly promised in recent days that they will rule more moderately in the last days of their rule.

But Zabihullah announced the restoration of the frightened ministry to promote goodness and prevent vicegerency – which was responsible for arresting and punishing people from 1996 to 2001 for enforcing the movement’s limited interpretation of Sharia. Failed

Even as the Taliban consolidate power, they face the crucial task of governing Afghanistan, which faces economic woes and security challenges – including from the local chapter of the Islamic State group.

In Germany, Blinken said the ministerial talks were “the starting point for international coordination” on how to deal with the Taliban.

The countries participating in the virtual meeting included Pakistan, a European ally and a historical supporter of the Taliban.

“The Taliban want international legitimacy. Any legal status – any support must be sought,” Blinken told reporters.

The European Union (EU) has said that the “caretaker” government has failed to meet the new rulers’ vows to include different groups.

China, meanwhile, has said it welcomes the end of “three weeks of anarchy” and “attaches great importance” to the announcement of an interim government.

In recent years, Qatar, the central mediator between the Taliban and the international community, has said that the Taliban have shown “pragmatism” of late.

“Let’s take advantage of the opportunities there,” Deputy Foreign Minister Lulu al-Khattar told AFP in an exclusive interview, but declined to formally recognize the government.

Former President Ashraf Ghani, who fled the country as soon as the Taliban entered Kabul on August 15, on Wednesday apologized to the Afghan people for how his rule ended.

Ghani said he left the palace at the urging of security to avoid the risk of bloody fighting on the streets, and once again refused to steal millions from the treasury.

“I apologize to the Afghan people for not being able to end it in a different way,” he said on Twitter.