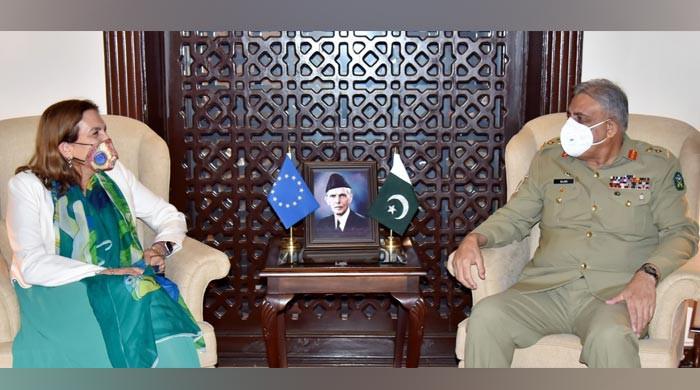 ISPR said in a statement that the remarks of EU Ambassador Caminara came during his meeting with Army Chief General Qamar Javed Bajwa.

The meeting discussed issues of mutual interest, the regional security situation, including the current situation in Afghanistan, and enhancing bilateral co-operation with the European Union, the army’s media wing said.

The Army Chief said that Pakistan values ​​its relations with the countries of the European Union and is serious about enhancing mutually beneficial multi-domain relations based on common interests.

“The ambassador praised Pakistan’s role in the situation in Afghanistan, including the successful evacuation operation and efforts for regional stability,” the army’s media wing said.

The distinguished guest pledged to play his part in further enhancing diplomatic cooperation with Pakistan at all levels.