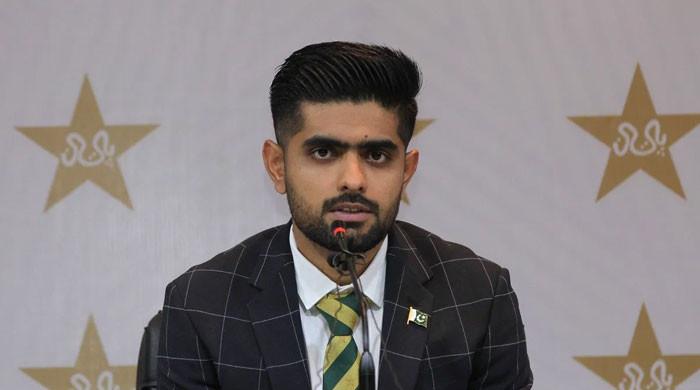 LAHORE: The Pakistan Cricket Board (PCB) on Wednesday categorically dismissed reports circulating in the media that captain Babar Azam was unhappy with the team selected for the ICC T20 World Cup. I declared it wrong.

In a statement, PCB CEO Wasim Khan said, “It has come to our notice that false reports are actually circulating about the environment of the Pakistan national team.”

Reacting to the reports, the PCB CEO said that Babar Azam was completely behind the direction he was taking.

He said that the squad for the upcoming international series against New Zealand, England and T20 World Cup has been announced.

Wasim Khan also talked about Rameez Raja’s meeting with some players and described it as “healthy and positive”. He said that during the meeting a consensus was reached on the brand of cricket which needs to be played in the next series and beyond.

He urged the people to support the cricket team before the ICC T20 World Cup next month.

“It is important that we collectively move firmly behind the squad so that they need stability, support and attention before heading to the ICCT20 World Cup next month,” the statement said.