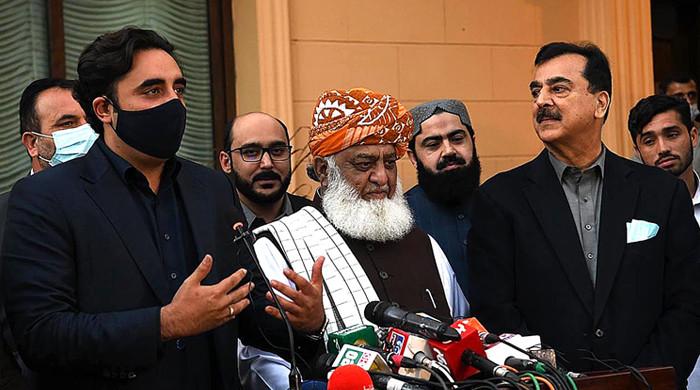 During the speech. Geo News ‘ In the “Jirga” program, Fazal blamed Bilawal for the PDM’s defeat and claimed that the PPP chairman had reached an agreement with the government and the establishment.

Referring to the traitors in the alliance, Fazal said, “The PDM failed because we had Mir Jafar and Mir Sadiq in our ranks.”

Maulana Fazl said that the option of resigning from the assemblies was mentioned in the PDM’s manifesto and if Bilawal had listened to the PDM leadership, the present government would have been ousted and elections would have been held.

“We know many things, but we don’t want to start a war, if we do, nothing will be left,” Fazal warned.

Last month, Fazal had said that the PPP had stabbed the PDM in the back.

Addressing a press conference in Karachi along with Leader of the Opposition in the National Assembly Shahbaz Sharif and leaders of other political parties, Fazal had asked journalists not to discuss the PPP as it was a thing of the past.