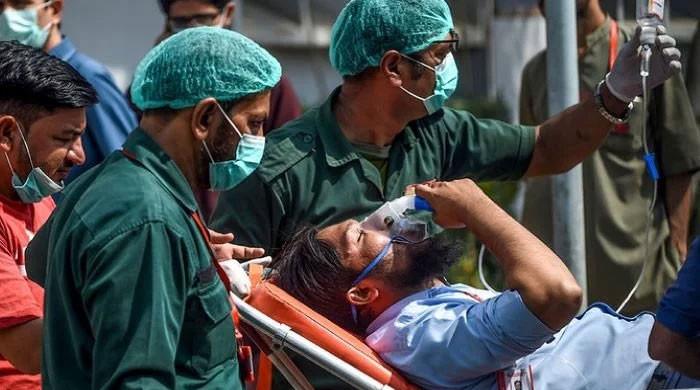 ISLAMABAD: More than 4,000 people in Pakistan have tested positive for the corona virus in the past 24 hours, for the first time in seven days, data from the National Command and Operations Center showed on Thursday morning.

The country’s daily corona virus cases are mostly hovering between 3,000-4,000 a month.

According to the latest official figures, 63,161 corona viruses were tested across the country in the last 24 hours, of which 4,062 returned positive.

Meanwhile, another 84 people died in the country during the same period, bringing the death toll to 26,497. The NCOC figures show that the daily death toll has been hovering around 100 for a week.

Pakistan is reporting an average of 3,3778 new infections per day, which is 64% of the peak – the highest daily average reported on June 17.

The country has so far given at least 64,554,859 doses of the COVID vaccine. Suppose each person needs 2 doses, which is enough to vaccinate 14.9% of the country’s population.

During the last reported week, an average of 1, 1,192,780 doses are given daily in Pakistan. At this rate, it will take another 37 days to provide enough food for a further 10. population.