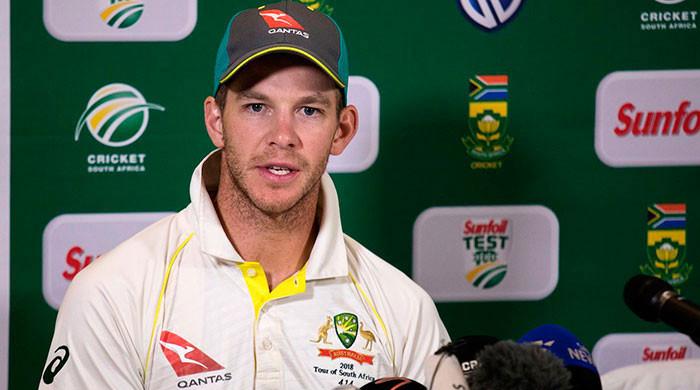 SYDNEY: Australia’s Test captain Tim Penn said on Friday he believed the teams could exit next month’s Twenty20 World Cup or boycott Afghanistan over the Taliban’s report on the Taliban’s participation in the Games. Can

The International Cricket Council has not yet decided how to deal with the government’s stance on women, and the Afghan men’s team will still play events in the UAE and Oman from October 17th to November 14th.

Under ICC rules, Test nations must also have an active women’s team, and Australia said on Wednesday it would cancel the first Test against Afghanistan in Hobart in November unless The Taliban should not back down.

“I think so. I think it will be discussed team by team,” he said on SEN Sports Radio when asked if nations would take a stand in the tournament.

“Watching them withdraw from the tournament or boycott the countries would literally be, I think, something that the teams would discuss on the eve of this World Cup.

“We have not heard a single word from the ICC so it will be interesting to see where it lands,” he added.

“If teams are refraining from playing against them and governments are not allowing them to go to our shores, how can such a team be allowed to play in an ICC-approved event.”

In a statement on Cricket Australia’s website, the ICC suggested that it address the issue at its next board meeting, which is scheduled for November. But it will happen after the World Cup.

The ICC is monitoring the changing situation in Afghanistan and is concerned about recent media reports that women will no longer be allowed to play cricket.

Penn’s comments came a day after Afghanistan’s T20 captain Rashid Khan stepped down, saying he was not consulted in the selection of the first national team to be nominated after the Taliban took control of the country. Are disappointed

Immediately after taking power, the government said it would not disrupt the Afghan men’s schedule.

But Ahmadullah Wasiq, deputy head of their cultural commission, told Australian broadcaster SBS on Wednesday that women would not be allowed to play cricket or any other sport.

“In cricket, they may face a situation where their faces and bodies are not covered. Islam does not allow women to look like this.”

Penn said support for equality and women’s rights was more important than the test in Hobart.

“What is happening with the Taliban is that they are banning women from playing any sport, which has implications at the ICC level,” he said.

“And the other thing is that from a women’s point of view, from a human rights point of view, it’s not a job to exclude half of our population from being able to do anything.

“I don’t think we want to be associated with countries that are taking away half of their population.”