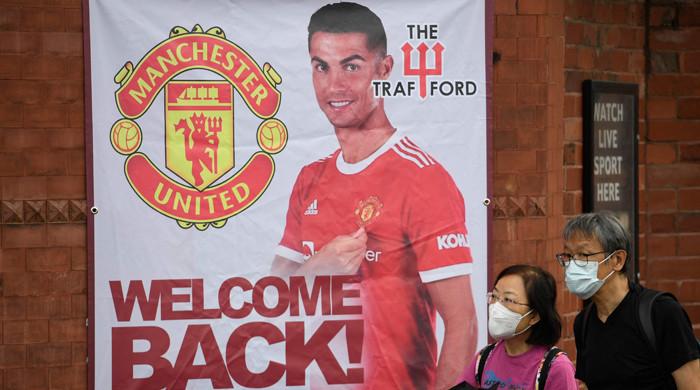 Oli Gunnar Solskjیرr has revealed that Cristiano Ronaldo will attend his first Manchester United match since his departure from blockbuster Juventus when Newcastle visit Old Trafford on Saturday.

Portugal superstar Ronaldo returned to United in a shock transfer just before the transfer deadline.

The 36-year-old striker, who left United for Real Madrid in 2009, has been training with his new teammates for the past few days.

United manager Solskjیرr confirmed on Friday that Ronaldo would play at least part of the Premier League clash with Newcastle, but it remains to be seen whether the five-time Ballon d’Or winner will start or come off the bench.

“He’s had a good season with Juventus, he’s played for the national team, he’s had a great week with us here,” said Solsker.

“He’ll definitely be on the pitch at some point, that’s for sure.”

Ronaldo has won three Premier League titles and the Champions League in six trophy-filled years with United, before shining with Real and Juventus.

His status as one of the greatest people of all time in the world is undoubted, but at first it seemed that United would miss the reunion with their former star when Manchester City went to sign him.

Ronaldo said his relationship with former United manager Alex Ferguson played a key role in persuading him to return to Old Trafford.

Solskir, who played with Ronaldo during his first spell at the club, said: “Of course we’ve been watching his career from afar and I think everyone is happy to bring him back.

“He can speak for himself, but he seems happy to be back.

“The mood has been great, it has worked well and we are definitely looking forward to Saturday.”

‘No place to hide’

Ronaldo’s return to Manchester came at a time when Solskir had already strengthened his squad to defeat England forward Jadon Sancho and France defender Rafael Varane.

United will be expected to challenge champions Manchester City for the title after such a successful transfer window.

Solskir believes Ronaldo will add quality to the squad physically and mentally as he seeks to win his first Norwegian trophy.

“We have grown as a group over the last few years. Over time, commitment, desire, focus have improved and become less and less,” he said.

Even bringing in Raphael (Varane), he has come up with a winning mindset, an incredible focus.

“Then of course Cristiano comes along and when you find a winner like him there is no place to hide. You can’t go to training and you can’t pay 95% or pay attention.”

As a former Manchester United player, Newcastle boss Steve Bruce appreciates that Saturday will be an emotional afternoon for Ronaldo and the club’s supporters.

“The goals he has scored in every club are remarkable,” said Bruce.

It is true in my opinion that it makes him the best player in the world.

“It’s an incredible story of his return and I’m sure he could have sold 10 times the old Trafford if he had wanted to.”