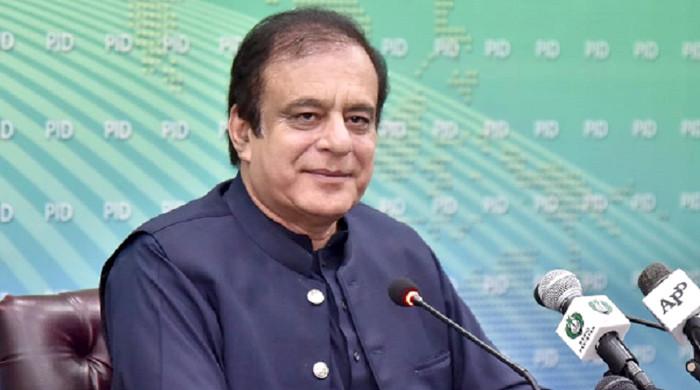 Minister for Science and Technology Shibli Faraz announced on Friday that anyone who can hack a locally made Electronic Voting Machine (EVM) will get Rs 1 million.

“We will challenge the hackers to hack the electronic voting machine and if they can hack it, we will give them a reward of Rs 1 million,” the federal minister told reporters in Islamabad.

Faraz said there was “no easy way to vote” compared to EVMs and that the Election Commission of Pakistan (ECP) should not put itself in a “controversial position”.

Faraz told the media that 400,000 machines have been manufactured locally and the manufacturing cost per machine is between Rs 75,000 and Rs 70,000.

He said 27 of the 37 points in the document submitted by the ECP to the Senate Standing Committee on Parliamentary Affairs were “charge sheets” against it.

The Election Commission does not want to hold elections through EVMs.

Faraz’s statement came as Election Commission officials walked out of a meeting of the Senate Standing Committee on Parliamentary Affairs, after which Prime Minister Swati accused the commission of taking bribes.

A meeting of the committee was held under the chairmanship of Senator Taj Haider in which the use of electronic voting machines for the next general elections was discussed.

Opposition senators said Swati could not accuse any constitutional body of taking bribes, and asked the senator to provide evidence to support his claim.

Swati further said that such institutions conduct all elections through “rigging” and should be “set on fire”. ECP officials walked out in protest.