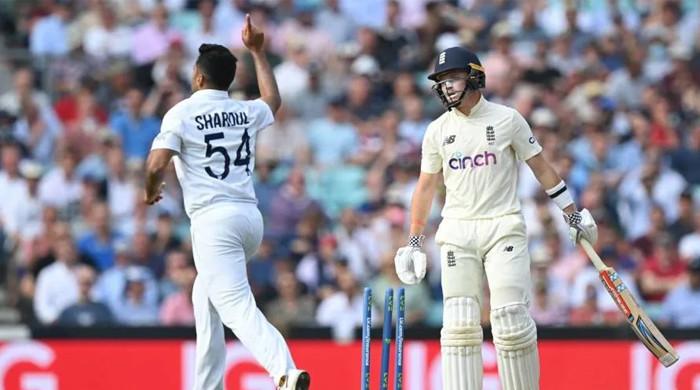 Manchester: The fifth and final Test between England and India, which starts on Friday, has been canceled just hours before the start of the match in Manchester due to concerns over Cove 19.

The England and Wales Cricket Board said fears of a corona virus spreading to backroom staff had prevented tourists from teaming up at Old Trafford.

The match was supposed to be played at 11:00 am local time (1000 GMT) but just two hours before the start, the ECB announced that the match would not take place.

A statement from the ECB said, “Following ongoing discussions with the BCCI (Board of Control for Cricket in India), the ECB can confirm that the Emirates between England and Indian men The fifth Test at Old Trafford, starting today, will be canceled. “

“India is sadly unable to field a team due to fears of a further increase in the number of coveted cases inside the camp.”

India canceled its last training session and pre-match press conference on Thursday when it was reported that another support staff member had tested positive for COVID-19.

The match seemed to be moving forward when a new round of Tests at the India camp produced a set of negative results but the match was canceled after talks between the ECB and the BCCI.

Reports say that many Indian players have expressed concern over the spread of the virus and were not ready to play, which means India cannot keep the team out.

India were 2-1 up in the five-match series and bid to win the fourth series in England.

The status of the match seems uncertain after the ECB withdrew its initial statement that India had “lost” the fifth Test.