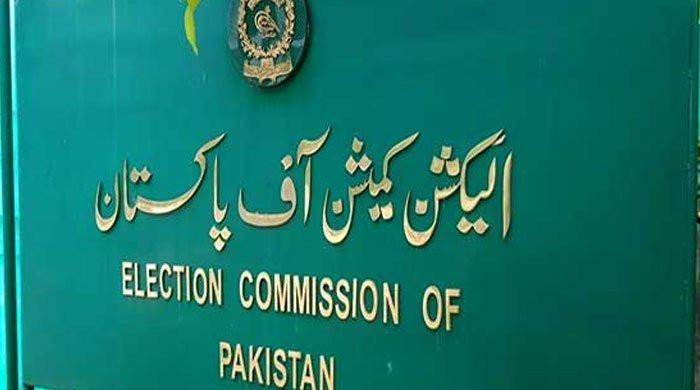 The Election Commission of Pakistan (ECP) has said that the Electronic Voting Machine (EVM) could expose the possibility of “more complex fraud” through software and hardware manipulation.

In a 34-point letter sent to Taj Haider, chairman of the Senate Standing Committee on Parliamentary Affairs, on Friday, the ECP said the EVM was being touted as a solution to electoral fraud, but that it was “all kinds of fraud.” Can’t compete with yogurt. “

The ECP sent the letter to the chairman of the standing committee as differences with the government over the use of machines during elections continue, with the Center emphasizing that EVMs can ensure transparency.

The ECP said “there would be a lack of evidence in the event of an electoral dispute”, as it stressed that the EVM’s compatibility with the current constitutional and legal framework should be considered.

The ECP told the chairman of the standing committee, “Many more amendments are needed because many parts are still related to physical voting only. This needs further consideration.”

The ECP further pointed out that voting machines are not the answer to rigging as they cannot prevent electoral fraud and other issues arising during polling.

How many machines are needed?

On the financial front, the ECP said the system would be very expensive, as there are about 100,000 polling stations and 400,000 polling booths.

The ECP estimated that 900,000 machines would be needed if separate machines were used for the National Assembly and Provincial Assembly elections.

“Considering the initial investment and ongoing costs, including storage costs and staff recruitment and training and other costs, the system will cost about Rs 1,150 billion,” the ECP said.

The ECP said that storing 900,000 machines would be a difficult task as the ECP did not have warehouses where they could be kept in ideal environmental conditions.

Will it give immediate results?

Going further, the ECP said that the most important benefit of EVMs in general is that immediate results are mentioned.

“If eight or four machines are used in the polling station, as is the case, each machine will give immediate results but it will be submitted to the polling station first and then the result will be sent to the Returning Officer (RO). Will go. Either physically or through the WhatsApp if the internet is available, “the ECP said.

This will then be verified by the RO, which will consolidate all the results of all the polling stations in the constituency. Therefore, immediate results are unlikely.

‘Far, far weaker than the attacks’

The ECP said another argument used in favor of the EVM was that it would eliminate rejected votes. “It’s true, but we have to see how many constituencies are affected by the rejected votes, as far as victory or defeat is concerned.”

The ECP said that influencing, altering or destroying large numbers of votes is resource-based, time-consuming and costly, and is likely to produce at least witness and physical evidence.

The ECP said that, on the contrary, the process behind electronic voting is completely vague to the average voter, many make more mistakes than they guessed, and are “far more dangerous than large-scale attacks.” ۔

The ECP highlighted that “most established and new democracies” have decided not to use EVMs.

The ECP said: “Europe and North America have moved away from using EVMs, while South America / Brazil and South Asia / India are using the technology. Germany, France, the Netherlands, Ireland, Italy and Finland. Land has abandoned this technology. “

The ECP said that only nine countries in the world are using EVMs, notably India and Brazil.