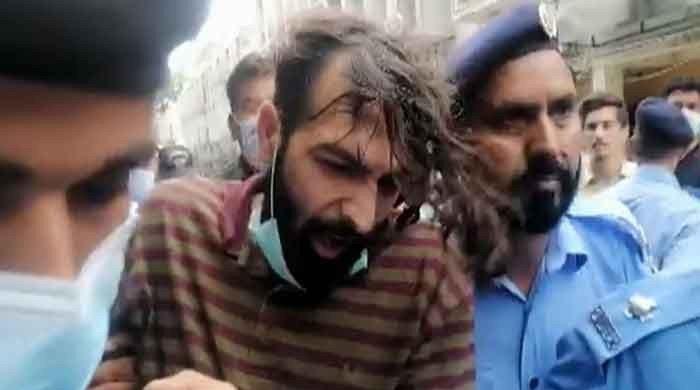 ISLAMABAD: Zahir Jaffer, the main accused in Noor Makadam’s murder, has confessed to his murder, while DNA reports have confirmed the abuse of the former ambassador’s daughter, police have filed a challan in the trial court. Geo News. On Saturday, he said.

The challan filed by the police in the court said that Zahir had confessed to killing Noor and the DNA report confirmed that he had been abused. Zahir also made a statement about beheading Noor, the challan said.

According to the challan, Zahir said that when Noor refused to marry him, he forcibly locked her in a room. He told his guard not to let anyone in or out. He hid his mobile phone in another room, which police apparently recovered from a room in his home after questioning.

The challan states that Zahir informed his father about Noor’s murder and the father told him that there was no need to panic and that his “men were coming to dispose of the body”.

The interim challan further said that Noor’s murder could have been avoided if Zakir had informed the police in time. He said the father helped his son.

According to the accused’s statement, a quarrel with one of the employees of the therapy works, Amjad Mahmood, who was present at the scene and was injured, took place on a misunderstanding.

The employees of the therapy works tried to cover up the act of the accused and destroy the evidence, the challan added, adding that Amjad lied to the hospital management and said that he was injured in a road accident, as stated in his medical slip. Has gone

The interim challan states that the images and fingerprints stored in the digital video recorder (DVR) also belong to the main accused.

According to the August 12 DNA report, the accused also raped Noor. The interim challan states that Zahir had booked a flight to the United States on July 19 but did not travel.

Zahir Noor is the main accused in Makadam’s murder. The massacre, in which Makadam was beheaded, took place July 20 in the F-7 area of ​​Islamabad.

Noor Shaukat is the daughter of Makadam, who served as Pakistan’s ambassador to South Korea and Kazakhstan.

Islamabad police arrested Zaheer from his home on the night of July 20, where, according to Noor’s parents, they killed him with a sharp instrument and beheaded him.