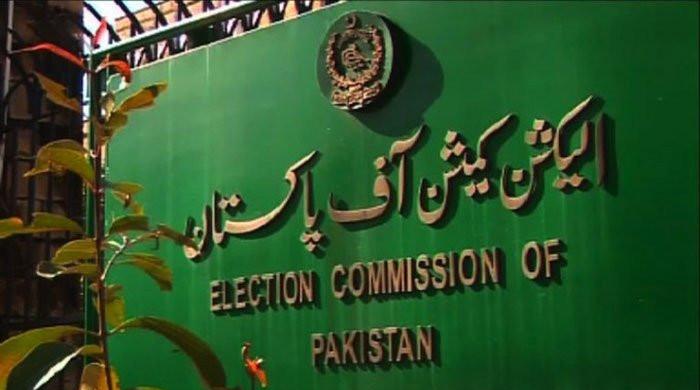 The Election Commission of Pakistan (ECP) on Tuesday said it would seek evidence against the allegations made by Railway Minister Azam Khan Swati and Information and Broadcasting Minister Fawad Chaudhry, who were arrested by Chief Election Commissioner (CEC) Sikandar Sultan Raja and the commission. Have been imposed.

The decision was taken during a meeting of the ECP chaired by CEC Raja to discuss the allegations against the federal ministers.

The meeting was attended by ECP members Nisar Durrani, Shah Mohammad Jatoi and other officials of the commission.

The meeting also decided that notices would be issued to Swati and Chaudhry for the allegations leveled by the former during a meeting of the Senate Standing Committee on Parliamentary Affairs and the second night at the President’s House. Were gone Later during a press conference.

The ECP has also sought records from the Pakistan Electronic Media Regulatory Authority of the meetings of the Standing Committee of the Presidential House and the Senate and of Chaudhry’s press conference.

Chaudhry ready to give ‘detailed reply’ to ECP’s notice

Reacting to the ECP’s announcement, Chaudhry said he would give a “detailed reply” upon receipt of the notice.

For now, he wrote on Twitter: “With all due respect to the Election Commission, if you do not want to discuss political change, your conduct should be free from politics.”

He added that the ECP, as an institution, has an “incomprehensible” stance but the personalities associated with the body are “not above mistakes” and all criticism is always directed at individuals and not at the institution itself.

On Friday, Election Commission officials walked out of a meeting of the Senate Standing Committee on Parliamentary Affairs when Swati accused the commission of taking money from companies that manufacture electronic voting machines.

Later, Information and Broadcasting Minister Fawad Chaudhry told a press conference that the ECP seemed to have “become the headquarters of the opposition parties” and that the Chief Election Commissioner was “acting as their mouthpiece”.