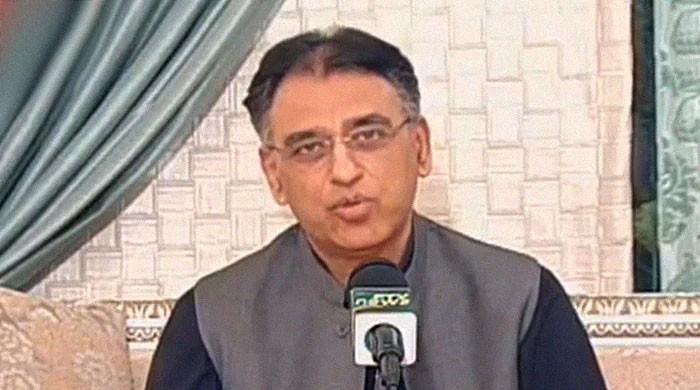 ISLAMABAD: National Command and Operations Center (NCOC) chief Asad Umar on Tuesday announced that a separate educational institution in five districts of Punjab and Khyber Pakhtunkhwa would reopen from September 16.

Asad Omar said the NCOC had earlier imposed strict sanctions on 24 districts across the country, adding that only six of them would be subject to strict sanctions while the rest were allowed to be relaxed. Has gone

These six districts [where strict restrictions will continue to remain] There are Lahore, Faisalabad, Multan, Gujarat, Sargodha and Bannu districts, ”said the NCOC chief.

Similarly, schools in the six districts will reopen on campus from September 16, with 50 per cent attendance in classes, he said.

Outdoor dining in these districts was allowed to remain open until 10pm, Asad Omar said. “We have extended the time for outdoor dining until midnight. However, indoor dining in restaurants will remain restricted,” he explained.

He said that amusement parks, amusement places and parks will remain open. He clarified that only vaccinated people will be allowed to visit amusement parks. The head of the NCOC announced that the government was allowing outdoor activities but with a limit of only 400 people.

However, internal gatherings will remain banned, he said.

The Minister announced that COVID-19 restrictions in all the other six districts would remain in force till September 30.

“We have seen the fourth wave decrease in intensity over time,” Asad Omar said. “It’s very important that we see an increase in the vaccination process,” he said. As you know, we have set big targets to fully vaccinate 40% of the population aged 15 years and above in major cities of Pakistan.

The only way to get rid of these restrictions is to get vaccinated, Omar said. However, he refused to allow the government to impose any sanctions on businesses in the near future.

“We will not impose sanctions on businesses. However, sanctions will be imposed on those who do not vaccinate themselves,” he added.

Educational institutions will not close again

“Educational institutions in selected districts of Punjab, KP and ICT are closed till September 15,” a tweet said on Monday.

The NCOC said the decision to review the sanctions would be made through government channels – meaning people should not pay attention to social media reports.

Earlier this month, the NCOC decided to extend the Special Non-Pharmaceutical Interventions (NPIs) until September 15, covering 24 high-risk districts in Punjab, Khyber Pakhtunkhwa (KP) and Islamabad. I was in force until September 12.

The decision to continue the sanctions came amid significant pressure on critical care, hospital admissions and oxygen needs.

He added that NPI would remain in force for the remaining sectors as mentioned earlier.