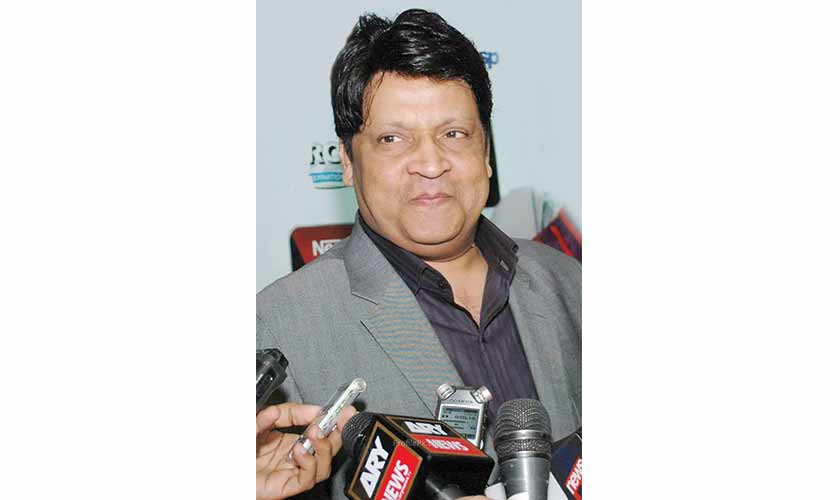 UMar Sharif, a very popular stage actor, has mesmerized the audience for the last 40 years. Over the years the stage has become a platform for actors, not only as actors working in drama situations, but also individually, who can skip the moment and instantly connect with their audience. Are

This relationship with the audience should be a major artistic concern for the actor. It gained more power due to strict censorship, which has been in force for decades in a highly puritanical growing society. Maintaining the facade of respect and moral integrity as never before has the rest taken care of itself, which is why actors wanted more space to express themselves and end strict censorship policies. This was done more easily in theaters than in the movies. Films were ruthlessly censored, leaving nothing but clean abundance. The audience was not interested in the sacred replay and it was left to the theaters to add importance and spice to the action on stage. These actors knew that a copy approved by the censors would be very lame and would not get any response from the audience. At both the moral and political levels, the actors created situations and characters that resonated with the given conditions.

Lahore’s theater emerged from the shadow of strict censorship under Zia-ul-Haq, and actors such as Ali Ijaz, Rafi Khawar, Amanullah, Bella and Khalid Abbas Dar founded a theater to save the play from a lifeless one. Was based on reforms. , Too much censored script that had no meat to say.

Kamal Ahmad Rizvi, who belonged to the old school, remained faithful to the script and struggled to uphold the principles of theater and allowed the limit to be increased or corrected so that the script would not be made irrelevant. However, the overwhelming response from the audience and the much more sacred crackdown forced the next generation of actors to ignore the rules.

However, the man who roared at the Lahore actors was Omar Sharif in Karachi. He took advantage of the literature in Lahore and the work done to improve the characters and the situation where he suffered the most.

Karachi’s culture has been different from Lahore and Punjab only in appearance. The reality is the same, but it was the external methods that attracted Omar Sharif the most.

Karachi, a small town at the time of independence, became a huge city with the influx of refugees in the early years of the country and then the steady population of Pashtuns who sought economic opportunities in a port and growing industrial set in the country’s largest city. Does the above. Its culture was multifaceted. This was a great basis for comedians and Omar Sharif was no exception. His great talents made him a great example of comedy, which means that people laugh at their rulers and rising social values, which are a reflection of new trends that are acceptable and acceptable. Due to the reaction, people spoke less in public and were left to the ‘theater people’ to hide one or two comments about the situation, thus creating a frenzy in the name of political correctness and moral integrity. Oppression was released.

Goat Keystone Par. Omar Sharif’s signature will remain. The drama damaged his talent and secured his presence in the show business circles of the country. The drama lasted a long time, which showed that it was resonating with the people. The theater in the 1960s, with the exception of Khwaja Moinuddin’s plays, was largely adaptive. Its audience was also limited. Although some of these plays were very good and reached a certain level of artistic sophistication, they hardly appealed to a large segment of the audience. There was a lot of access to dramas or trends that started in the late seventies. Instead of looking for partnerships and dolls, theaters are now seen as a financially viable proposition. The birth of the so-called commercial theater is due to these very talented people.

Some actors have grown up with dramas. The reasons are clear. But the tradition of adultery and innocence is ingrained in our performing arts culture. With local conditions, local characters and local dialects, the actors are able to take the audience along. Omar Sharif has done this for years, relying on his abilities and adapting it to the evolving social conditions of the society.

This has been a great skill that all these actors have developed. Omar Sharif’s performance is a telling proof of this. Although it moved to television and cinema, there was a clear lack of live performances in these sources.

Theater, including commercial theater, has been a hub where people can come and break their emotions, their growing worries and hearts that are born out of the characteristics of our society, its family structure and the embedded caste system. It is difficult to say what role it has played in keeping the mood at a manageable level, but it has worked. In this sense, Omar Sharif’s role has been essential and fundamental. He can make people laugh in situations where they would otherwise cry. Relieve the stress of making life bearable, if not completely pleasant.

The author is a culture. Critics based in Lahore

Return to Exile | Art and culture.