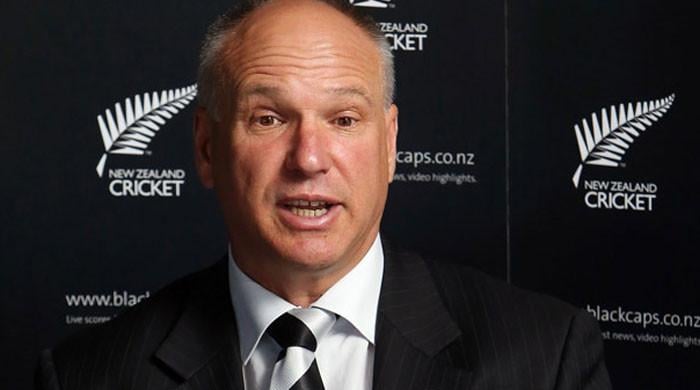 WELLINGTON: New Zealand Cricket chief executive David White declined to give details of the “security threat” that the New Zealand government said it received on Friday before the first ODI in Rawalpindi.

New Zealand made headlines around the world when the cricket team canceled its ODI and T20 series just minutes before the toss for the first ODI between the two teams in Rawalpindi.

Speaking to the media, David White admitted that the board was initially satisfied with the security arrangements in Pakistan, so he sent his team to the country.

“Consultations have changed, the level of risk has changed and as a result, we have only acted responsibly,” he said.

However, White said Friday that “everything has changed.”

White said it was unfortunate that the series was dropped at the last minute, adding that there was no way to hold it after intelligence of a possible attack was received.

“What I can say is that we were advised that this is a specific and credible threat against the team,” White said.

New Zealand Cricket chief executive David White said some information had been shared with the Pakistan Cricket Board, however, “certain details could not be disclosed privately or publicly, and would not be.” ۔

He added, “We had several discussions with New Zealand government officials before making the decision and only after informing the PCB of our position did we understand that there was a telephone conversation between the concerned Prime Ministers. There has been a conversation. ”

He acknowledged that this was a “very difficult time” for Pakistan cricket but reiterated that New Zealand had no other option.

The New Zealand cricket team arrived in Dubai on Sunday morning after fleeing Pakistan, but authorities refused to give details of a security threat that forced them to abruptly cancel their tour.

“The Black Caps arrived in Dubai last night after leaving Islamabad on a charter flight,” New Zealand Cricket said in a statement.

“A contingent of 34 players and support staff is now settling in their Dubai hotel and isolating themselves 24 hours a day.”

In what world does New Zealand live?

As expected, the news of New Zealand dropping its tour of Pakistan at the last minute did not go well with PCB chairman Rameez Raja.

Calling it a “crazy” day, Raja said he was sorry for the Pakistani fans and players.

“It’s a crazy day! It’s a pity for the fans and our players. It’s very frustrating to get out of the tour with a one-sided approach to the security threat. Especially when it’s not shared !! New Zealand Am I living? New Zealand will listen to us at the ICC.

“We are in touch with our security team,” the ECB said in a statement.

Shortly after New Zealand withdrew from the Pakistan cricket series, the England and Wales Cricket Board (ECB) said on Friday that it would decide in the next 24-48 hours whether to proceed with the tour or not. no.

An ECB spokesman said: “We are aware of New Zealand’s decision to withdraw from the visit due to security alerts.”

“We are liaising with our security team who are in Pakistan to fully understand the situation. The ECB Board will decide in the next 24-48 hours whether our planned visit should proceed or not.”