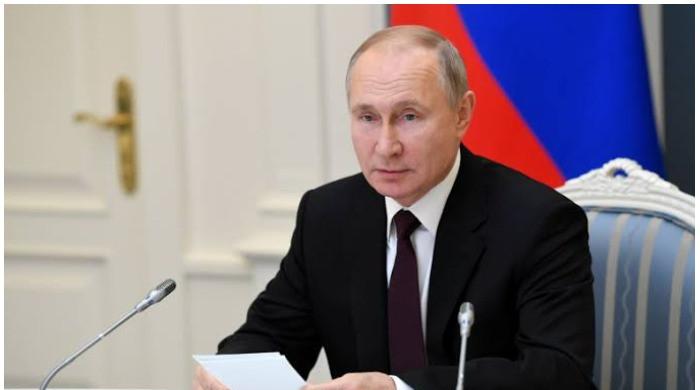 MOSCOW: Russian President Vladimir Putin’s political party was set to retain its majority in parliament on Sunday, the last day of a three-day election in which most Kremlin critics were barred from voting.

The vote comes in the wake of an unprecedented crackdown on the opposition this year, with Russian authorities imprisoning Alexei Navalny, Putin’s main domestic enemy, and calling his organizations “extremists.”

In the run-up to this weekend’s vote, all of its key allies were arrested or fled the country, with anyone from their groups running in Sunday’s parliamentary and local elections, which close at 8:00 p.m. Refrained from taking

“It’s not basically an election. People have no choice,” Vladimir Zakharov, a 43-year-old businessman in St. Petersburg, another Russian city, told AFP.

Elections were also affected by censorship and ballot stuffing claims.

As voting began on Friday, Apple and Google caused a stir in Russia’s opposition when they removed Novelny’s “smart voting” app, which showed supporters trying to defeat Kremlin-linked politicians. Which candidate should withdraw?

Sources familiar with Google and Apple’s decision told AFP that the move came under pressure from Russian authorities, including threats to arrest local tech giants.

By the end of Friday, the popular telegram messenger had also removed Navalny’s “smart voting” boot, and on Saturday his team said Google was pressuring him to comply with a request from Russian media regulator Rosekomnadzor. Delete Google Docs with the recommended candidates later.

His team called the documents the last “remaining” tools to support his campaign and asked voters to take a screenshot if they were removed.

As of Saturday afternoon, the Independent Golos Election Monitor – which authorities called a “foreign agent” before the election – had tracked more than 2,750 reports of voting violations.

Election Chief Ella Pamfilova said on Saturday that her commission had received 137 reports of “vote rigging”.

Putin’s United Russia party was voting on historic shortcomings in the lower house of the State Duma.

A recent poll by state-run Polster VTsIOM shows that less than 30 percent of Russians intend to vote for the party, down from at least 10 percentage points in the weeks leading up to the last parliamentary elections in 2016.

Whenever Putin, 68, is popular, United Russia has seen a decline in its support as its standard of living declines after years of economic stagnation.

But the ruling party is expected to retain its two-thirds majority in the lower house, pushing for legislative changes without resistance.

In addition to the United Russia, 13 other parties are running in the election. However, they are widely seen as a token opposition to the Kremlin’s bid.

On Saturday, Navalny’s ally Leonid Volkov said “Putin is celebrating a major victory” while the tech giants are “using the Kremlin’s blackmail” but still urged supporters to be in good spirits with the Russian leader. Try changing to “mourning”.

“In our fight between David and Goliath, we definitely have a chance to launch a rock,” he wrote in the Telegram.