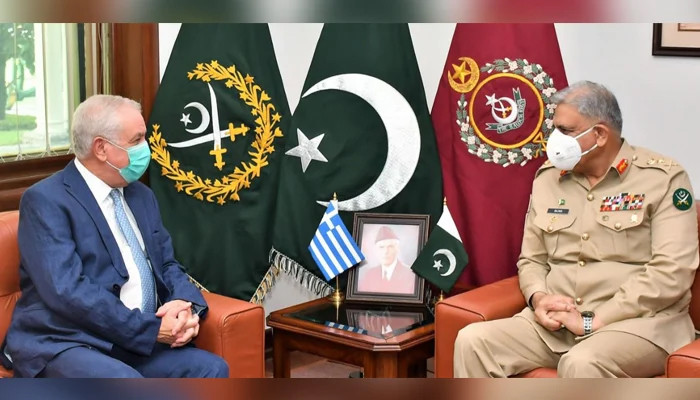 According to a statement issued by the Pakistan Army Public Relations (ISPR), Army Chief General Qamar Javed Bajwa on Tuesday said that Pakistan is safe for all kinds of international tourism, sports and business activities.

The Army Chief made the remarks during a meeting with Greek Ambassador to Pakistan Andreas Papastaro at General Headquarters, after canceling visits to New Zealand and England.

“Pakistan is safe for all forms of international tourism, sports and business activities and we encourage healthy bilateral exchanges in all areas of common interest,” the army chief told the Greek ambassador.

The meeting discussed issues of mutual interest, the regional security situation – especially the current situation in Afghanistan, and co-operation in various fields, the ISPR said.

The Army Chief told the Ambassador that Pakistan, along with its international partners, is committed to ensuring peace in the region and a stable and prosperous future for the Afghan people.

The ISPR added that the Ambassador appreciated Pakistan’s efforts to overcome Cove 19 through a coordinated national response and appreciated Islamabad’s role in the Afghan situation, including a successful evacuation operation and efforts for regional stability.