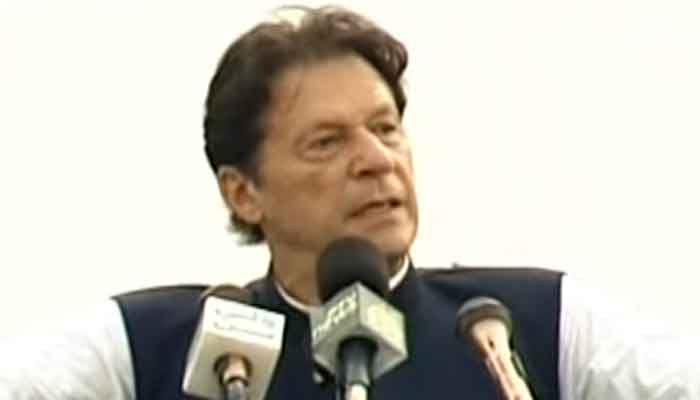 ISLAMABAD: Prime Minister Imran Khan on Wednesday said that those who take advantage of the corrupt system are opposed to electronic voting machines (EVMs) as they do not want to see change and development in the country.

Addressing a function in Islamabad on Wednesday, Prime Minister Imran Khan said that a “mafia” was opposing the introduction of EVM system in Pakistan. Geo News. Is informed.

The Prime Minister said that in every Pakistani election since 1970, whoever loses says that the election was rigged.

“We will resolve this issue. [of rigging] Through the EVM system, “he said.

He added that the EVM system is simple – elections are held, voters cast their ballots by pressing a button and then the results are obtained.

“All the problems in our country start after the polls are over,” he said. There is a small class that benefits from the corrupt system. They are our greatest enemies.

“It is very important for us to move forward in our last two years,” he said, referring to the PTI government. “We are here after a very difficult time. We have to work hard this year.”

The Prime Minister advised, “I have learned a lot during this period.

The Prime Minister said that no one should ever compromise on his vision but only improve it.

“It’s important for the captain to keep an eye on his team,” he said. I have seen my cabinet in difficult times and I have seen who panics when.

Imran Khan said that he did not learn as much in his short life as he has learned in those three years as the Prime Minister of Pakistan.

The ECP says EVMs are ‘hackable’ and ‘tampered with’

Earlier this month, the ECP filed 37 reservations, one of which said EVMs were “hackable” and could be easily tampered with.

During a Senate committee meeting on September 8, the Election Commission outlined the challenges that can be faced if machines are run in a hurry.

Of the concerns noted, the ECP wrote that there was not enough time for “mass implementation of EVMs in the upcoming elections”, according to a copy available with Geo.tv.

Pakistan’s next general election is scheduled for 2023.