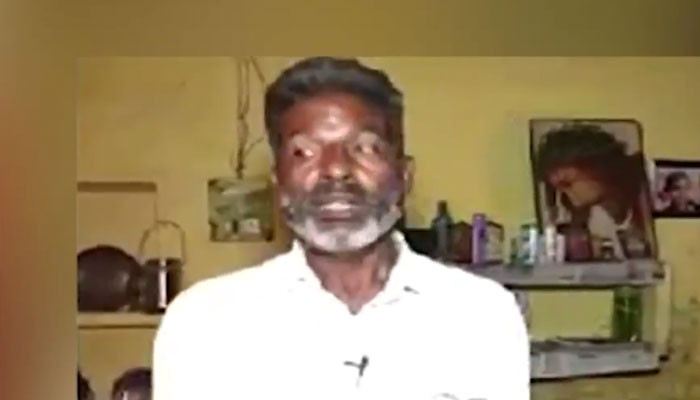 In an interview with Pro Punjab TV, Daniel talked about how RAW sent Pakistan to “make a bomb”.

Daniel revealed that he spied on Pakistan at the behest of India in the 1990s and was captured by Pakistani security forces. Daniel said he spent four years in prison before being released.

Speaking to News Channel, he admitted that Pakistan does not send spies to India to carry out subversive activities. On the contrary, India often sends spies to Pakistani territory.

Another Indian spy, Raju, is currently in Pakistan, Daniel said. The former RAW operative said that when he returned to India after being caught in Pakistan, he was issued a minor notice of Rs 15,000 and fired.

‘RAW pays Rs 10 million for every terrorist attack in Pakistan’

A year ago, DG ISPR Major General Babar Iftikhar held a press conference in which he revealed that the Indian intelligence agency was paying Rs 10 million to terrorists to carry out suicide attacks in Pakistan.

“You can see a pattern of continued ceasefire violations,” Foreign Minister Shah Mehmood Qureshi said during a news conference last year, as he sat down with the DG ISPR.

“The world knows that when Pakistan was engaged in the peace process, India was spreading a web of terrorism around us,” he said.

The Foreign Minister said that India was allowing its territory to be used against Pakistan.

“We have information and evidence that India is promoting terrorism and has a plan to destabilize Pakistan,” Qureshi said.

Major General Babar Iftikhar had said that India had set up a 700-member militia to carry out terrorist activities in Balochistan.

A 24-member commission was formed comprising 10 RAW workers. فورس 60 million was allocated for this force.

He had said that the Indian embassy also gives beautiful money to regular sub-nationalists in the guise of humanitarian aid.