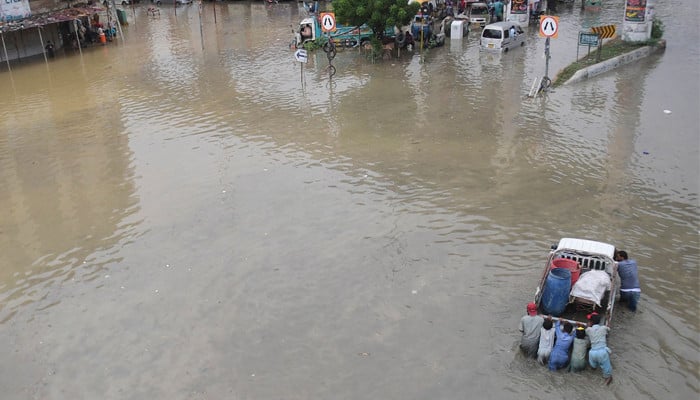 KARACHI: Heavy rains along with strong winds lashed Karachi on Thursday, flooding major highways and wreaking havoc in the city.

Traffic was also jammed on various highways while traffic police were nowhere to be found.

According to the Meteorological Department, the highest rainfall of 70 mm was recorded in Surjani Town, followed by 49.2 mm in North Karachi and 47 mm in PAF Base Faisal.

The Pakistan Meteorological Department (PMD) has forecast thundershowers in many parts of the metropolis on Friday and Saturday.

PMD Director Sardar Sarfraz said that moderate to heavy rain is expected tonight and tomorrow. He warned of flooding in the low-lying areas of Karachi on Friday, saying that the monsoon system has been strengthened due to the humidity of the Arabian Sea.